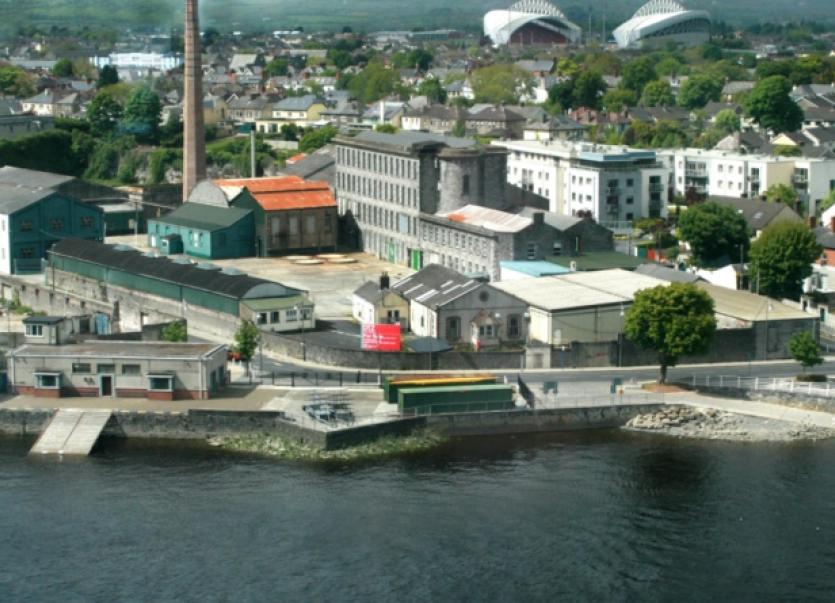 A spokesperson for Limerick City and County Council confirmed the sale had gone through at the seven-acre site.

“Heads of agreement are currently being signed,” the spokesperson added.

Discussions are ongoing with various groups looking at the development of the site in the future.

However, it appears one of the uses of the site could be for a multi-purpose venue, with a conference centre at its heart.

“The main objective of the council was to secure the site, and we will be looking at its use from an economic point of view,” the council spokesperson said.

Chairperson of the City Business Association Helen O’Donnell said she understood that in purchasing the factory – which closed in 2011 – the local authority had prevented a discount retailer moving in on the site.

“I think this site only came to prominence when it was used by Ev+a, when it was opened up and used as a prominent space. I think people only realised the amazing access that was there at that time,” she said.

One of the projects Limerick is looking to secure is a diaspora centre.

The former Dunnes Stores building in Sarsfield Street was mooted as a location, but with the council still to find agreement with the retailer, the Cleeve’s factory could prove to be a far more attractive option.

Ms O’Donnell said: “This can’t be a stand-alone project, it has to be incorporated into a number of other things. We need conference facilities, we need a multi-purpose space for big performance. A big conference centre would not work if it was idle for a lot of the time.”

She said Cleeve’s would be ideal as a location for a big event in future years.

“I know the Chamber of Commerce for its dinner have frequently said the Strand is the largest place, but even that has outgrown the space. They could sell a lot more tickets if they went elsewhere,” she said.

Although the Cleeve’s factory was not in Limerick City and County Council’s initial blueprint for its urban renewal plan, the success it enjoyed in hosting the Ev+a exhibition earlier this year alerted officials to its potential.

Cleeve’s was initially owned by a Thomas Cleeve, a Canadian-born businessman who arrived in Limerick aged 16 in 1860.

It is the second major site the council has bought for its much-publicised renewal of the city.

The first - back in 2011 - was the Opera Centre site in Patrick Street.

According to the Limerick 2030 plan, this will house a new third level campus, bringing together LIT, the University of Limerick and Mary Immaculate College.

On top of this, it will also see office accommodation for the Revenue Commissioners, with Sarsfield House being demolished to make way for a large green space, dubbed the ‘front garden of the city’.

The council had previously expressed an interest in buying the Hanging Gardens site in Henry Street, but nothing has happened on this as of yet.