Regeneron recruitment under way in Limerick 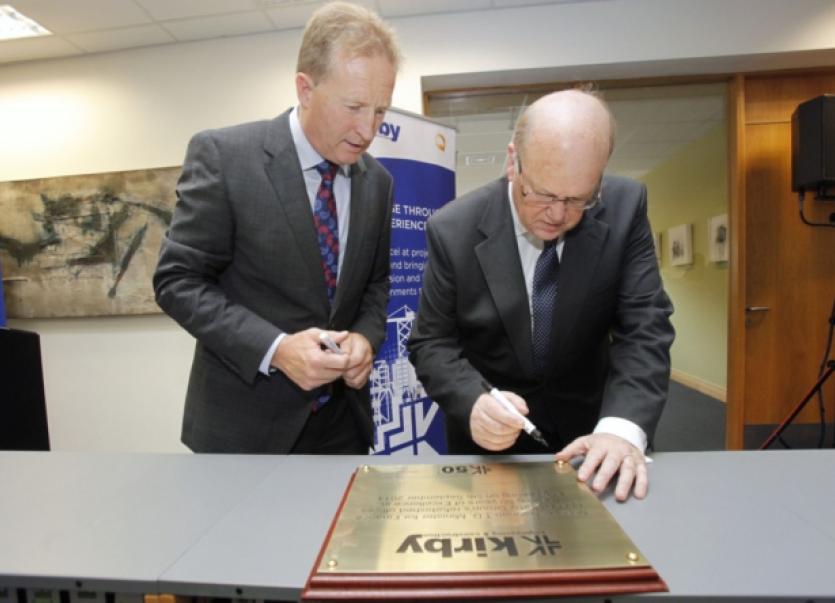 IN A week where Limerick secured a further jobs boost, Finance Minister Michael Noonan has revealed recruitment of construction workers is well under way in Regeneron.

IN A week where Limerick secured a further jobs boost, Finance Minister Michael Noonan has revealed recruitment of construction workers is well under way in Regeneron.

The American biopharmaceutical firm has taken over the former Dell manufacturing premises as part of a €100m investment in the city, and is to create 300 permanent jobs.

Electrical engineering contractor Kirby Group announced 30 jobs at its premises at the Raheen Industrial Estate this week, and speaking to reporters, Mr Noonan revealed the Limerick-founded firm had civil engineers on site at the retrofitting of the Dell factory for Regeneron.

“This [announcement] also highlights how quickly the announcement on Regeneron has gone through. The Kirby group is providing a lot of civil engineering services on site, with 20 or 30 people there. There are 400 to 500 people on site at the moment in construction, and we hope this will peak at around 1,200,” he said.

Limerick is “back on the IDA map again”, Mr Noonan said, pointing out the city has welcomed more site visits from potential foreign direct investors than many of its rivals this year.

“We are really well positioned,” he said, “We are looking at an awful lot of construction workers employed in Regeneron over the next four years, and then there will be a lot of employment in the plant itself.”

Kirby Group is to start filling its 30 new jobs immediately, with the vacancies in a variety of professional engineering and construction roles.

These include jobs in project management, site management and quantity surveying.

Group managing director Fergus Frawley said: “The strong growth that Kirby has experiences in recent years is continuing in 2014. We are continuing to secure significant new business wins both in Ireland and the UK. On the back of this, we are continuing our recruitment drive for experiences engineering talent.”

Kirby Electrical has gone from just ten employees in 1987 to more than 600 today, with operations in Dublin, Galway, Limerick, Britain and Europe.

A further 250 people are employed through the company’s sub-contract partners.