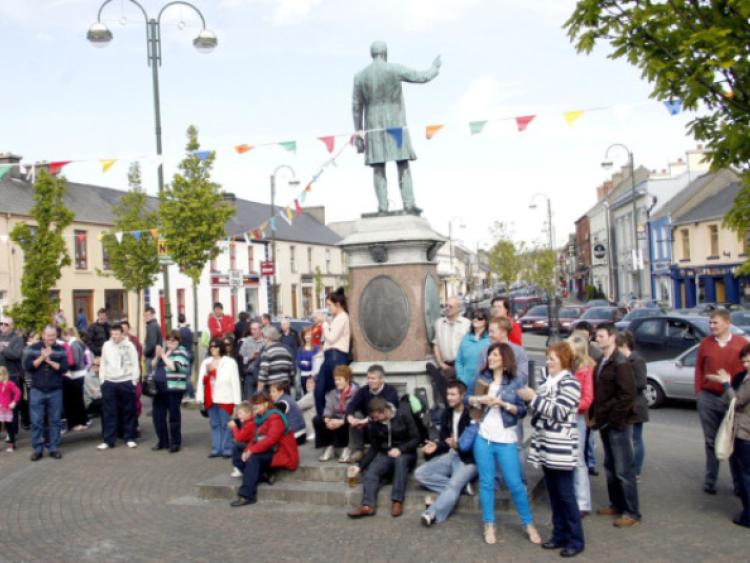 HOPES are high that developing a plan of action for Abbeyfeale as a social and economic centre will provide the spring-board the town needs for a new and more vibrant future.

HOPES are high that developing a plan of action for Abbeyfeale as a social and economic centre will provide the spring-board the town needs for a new and more vibrant future.

But you’re not working on a blank canvas, consultant Tom O’Leary assured the community activists and business people from the town who gathered in Fr Casey’s GAA club last Thursday. Mr O’Leary’s Tralee-based company has been funded by West Limerick Resources to draw up a five-year community enhancement plan for the  town.

Abbeyfeale was starting out on drawing up a five-plan with a lot of positives, but the key question was how to improve and sustain what was there, Mr O’Leary argued.

“Working together and co-operating is the way forward,” he said as he outlined what the plan would cover and how it could be implemented. The plan, he added, would not replace the Local Area Plan drawn up by Limerick City and County Council. It would be community-led, realistic, and would focus on achievable actions with no aspirational recommendations. It would have definite time-lines, suggest who should lead which projects and also suggest possible sources of funding.

“At the end, you will have a document that, hopefully, in your eyes is achieveable, with projects that are tangible,” Mr O’Leary said. However, he also pointed out that unless the community got behind any plan that would be drawn up, it would remain only a bound piece of paper.

“Put differences aside,” he advised. “One person pulling the wrong way puts the boat in a spin,” he declared. And he recounted how in one town the motto that had worked best was: Lead, follow or get out of the way.

The plan, Mr O’Leary explained, would focus on a number of areas, looking at what was there and what needed to be improved and how. Among the focus areas are recreational and leisure facilities, industry and jobs. “The days of getting big industry into rural Ireland are gone,” he said, suggesting instead that people should look at developing small units where individual busineeses cn set up and work in their own community,” he said. The plan would also need to look at how to sustain existing businesses.

Infrastructure and how it might be improved, streetscape, and tourism and heritage were also listed as focus areas. “What tourist initiatives can be taken? How can people come here as a destination?” Mr O’Leary asked. How can the very successful fleadh be developed further? Could Abbeyfeale be a place for learning to tourism, where people could learn about its music and culture?

Look at what has been done elsewhere, Mr O’Leary suggested. “If somebody is doing something successful somewhere else, copy it.”

The report to be drawn up will also include a model about how the plan can be implemented. “There is always funding out there, always,” he said. “Work together and the money will flow in.”

Mr O’Leary appealed to individuals and businesses in Abbeyfeale to fill in the online surveys over the coming weeks, and he will also be meeting with clubs and organisations in the town.

Norette Riordan, chair of the Abbeyfeale Business Development Association, who took part in the meeting, said afterwards: “I am delighed with the turn-out here tonight. I think he is going to do a great job. There is great enthusiasm for this. I think this is going to be a winner.”