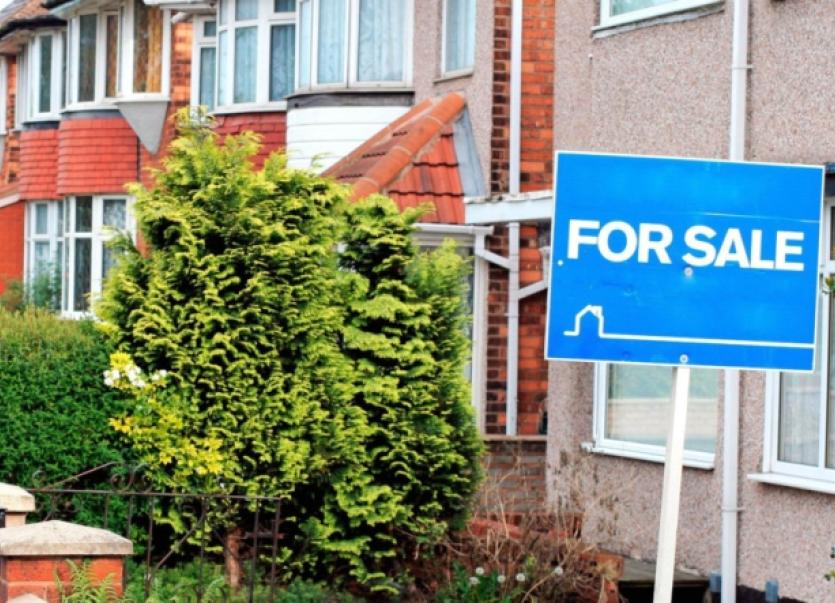 THE average asking prices of houses in Limerick continues to fall, with prices in the city now 9% down from last year.

THE average asking prices of houses in Limerick continues to fall, with prices in the city now 9% down from last year.

The rest of the county has experienced a 5% decrease in the same period, but the fall in the city continues to be greater, according to the latest house price report released from the property website Daft.ie.

In the previous year, the fall in house prices in the city was 11%.

In stark contrast, Dublin, Cork and Galway have experienced two consecutive quarters of price rises after falling 57% or more from their peaks.

House prices in Dublin have risen 21% in the past year, with the surrounding counties of Meath, Kildare, Wicklow and Louth also experiencing annual price increases of between 6% and 13%.

In the other major cities, increases occurred in Galway and Cork of 5% and 2% respectively. Meanwhile, Waterford city experienced a decrease of 4%.

The Daft House Price Report, which also analyses the Property Price Register, highlights that there were 28% more transactions at the start of 2014 than a year previously.

This also represents the 10th consecutive quarter of growth in the number of property sales.

Economist with Daft.ie, Ronan Lyons said: “There has been much talk of the housing market being illiquid, with a lack of homes available to buy. The evidence from the period between April and June is that the tide may be turning.”