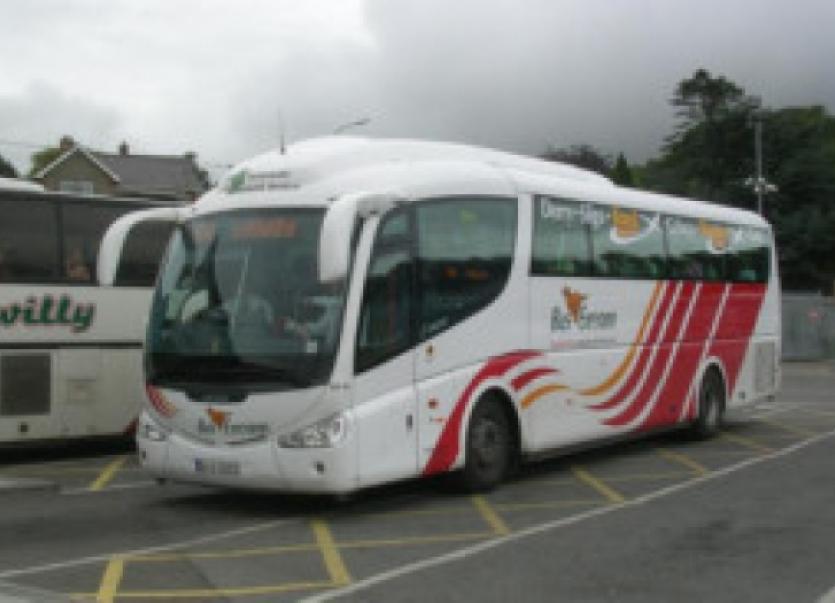 A SIXMILEBRIDGE man has slammed Bus Eireann after it changed the bus departure and arrival times from his village.

A SIXMILEBRIDGE man has slammed Bus Eireann after it changed the bus departure and arrival times from his village.

Bus Eireann has merged services 343 and 344 to provide a direct service between Limerick and Ennis calling at Bunratty, Shannon Town and the Airport.

Previously, the 343 connected Limerick, Bunratty, Shannon Town and the airport, with three services a day diverted through Sixmilebridge at 7.50 (towards Limerick) and 4.30pm and 5.30pm (from Limerick).

But now, following the changes, the service now leaves Sixmilebridge at 8.20am, before returning at 4pm and 5pm.

And Carl Ashley, who works in Limerick City, says the changes will have a detrimental impact on commuters and schoolchildren.

“According to the timetable, the estimated time of arrival into Limerick would be at 8.45am. But anyone with any cop-on knows that with the traffic on the Ennis Road on the way into town, that would be very optimistic,” he said, “It will be hard for anyone to get there until 9am.”

From his own part of view, IT worker Carl starts work at 8.30am - sometimes earlier.

In the evening, he finishes at 5pm.

However, if he is to rely on the new 343 service, he says this will present him with problems at work.

Carl said the changes were introduced without consultation in Sixmilebridge - and many commuters were unaware of the changes when waiting for the service on Monday this week.

He drove into work that day, and said he picked up a few people who he could see were waiting for a bus which was not close.

Fortunately for people in Sixmilebridge, there is a rail link to the city.

In future, Carl says he will use this.

“I got the train in this morning, and it was fast, clean, and for the little extra money you pay, I don’t think I would be going on the bus again, even if they put the service they pulled back on,” he said.

A spokesperson for Bus Eireann said network changes are based on “extensive internal reviews of existing passenger trends”.

They said the route now offers an improved frequency between Ennis, Shannon and Limerick, and better interchanges at Colbert station.