Outpouring of emotion as workers leave Ivan’s in Limerick 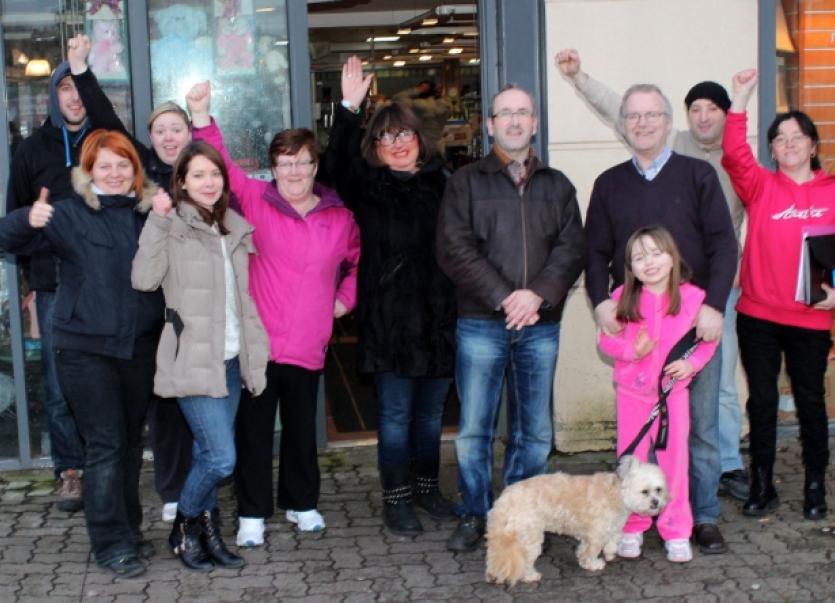 THERE was an outpouring of emotion at Ivan’s, as staff finally ended their sit- in protest over non-payment of redundancy.

THERE was an outpouring of emotion at Ivan’s, as staff finally ended their sit- in protest over non-payment of redundancy.

The 30 former staff at the once-popular general store had been sitting in the Caherdavin shop for the last two weeks.

But on Thursday last, a receiver was appointed to the company, and he immediately sat down with staff and agreed to meet their requests, including back pay and documents required to claim social welfare and benefits.

Ivan’s closed on January 19 after 38 years of trading - with the owner Ivan Cremins declaring it as “the saddest day of my life”.

Employment rights advisor Frank McDonnell, who has been assisting the staff throughout, said cheers were raised when he announcement the appointment of a receiver.

That man, Ger Holliday, of BDO, stayed in the shop until late Thursday night to ensure all staff were helped.

Mr McDonnell said that afterwards: “They were crying: grown men included. I think it was the relief, but the horrible shock now that they have no job.”

He praised the staff’s efforts over the 16-day protest.

For his part, Mr McDonnell has received praise from SIPTU president Jack O’Connor for his support of the staff.

Former worker Mary Sheahan, from Kileely, said on Friday: “I know it has been two weeks since we were let go, but it still hasn’t sunk in yet. I think it will be Monday or Tuesday when I realise I don’t have a job. What happened yesterday should have happened two weeks ago.”

Mr McDonnell has also urged the workers to join the Mandate trade union if they do work in retail again, or SIPTU if they work in other sectors.

This, he said, will put them in a stronger position in future.