Limerick’s River House reserve up to €2.8m in Allsop sale 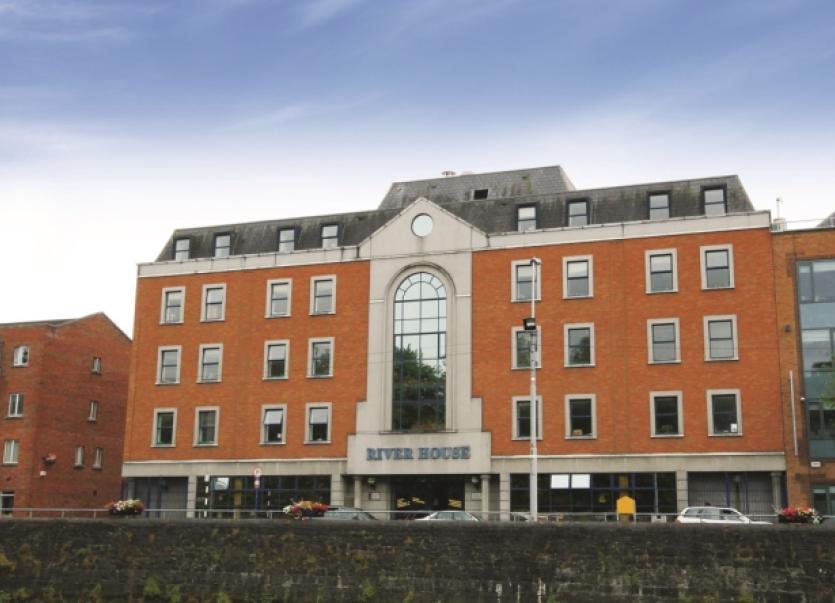 THE 36,000 square foot River House on Charlotte’s Quay will form the highest priced single ticket item for sale in the Allsop Space auction next week.

THE 36,000 square foot River House on Charlotte’s Quay will form the highest priced single ticket item for sale in the Allsop Space auction next week.

The building, which is home to the Revenue Commissioners, who recently signed a new 10-year lease, has a reserve of €2.6-2.8m in the sale, which takes place in the RDS in Dublin next Tuesday.

The sale is set to be Ireland’s biggest ever auction with 149 lots to go under the hammer.

The auction has a combined reserve of €20m and consists primarily of commercial and investment properties with organisers re-iterating an earlier pledge not to sell repossessed family homes.

The other lots which hold a Limerick interest include the Specsavers’ unit in the city, a period house on Hartstonge Street and a two bedroom apartment on Lower Gerald Griffin Street.

The four-storey, 35,596 square foot River House building attracted interest when it was put on the market by Savills for €3.3m earlier this year.

However, despite receiving offers in the region of €3m, a sale was not completed and the vendor, represented by Morrin McConnell Solicitors in Naas, has chosen the auction as “the most transparent method to bring the sale to a head”, according to Robert Hoban, Allsop Space’s director of auction.

“The fall of the hammer will provide a binding agreement in the fairest manner for all parties concerned,” he is quoted as saying in the Irish Times this week.

The building, home to Revenue for over two decades, is rented to the Office of Public Works on a rising annual rent currently at €345,320 until June 2022, a lease that is subject to break clauses in 2018 and 2020.

The Specsavers unit is described as a freehold mid terrace retail investment with a reserve of €750,000.

The most recent Allsop Space auction in October saw 93 properties sold for a total value of €11.2m.