First water meters to be installed in Limerick city 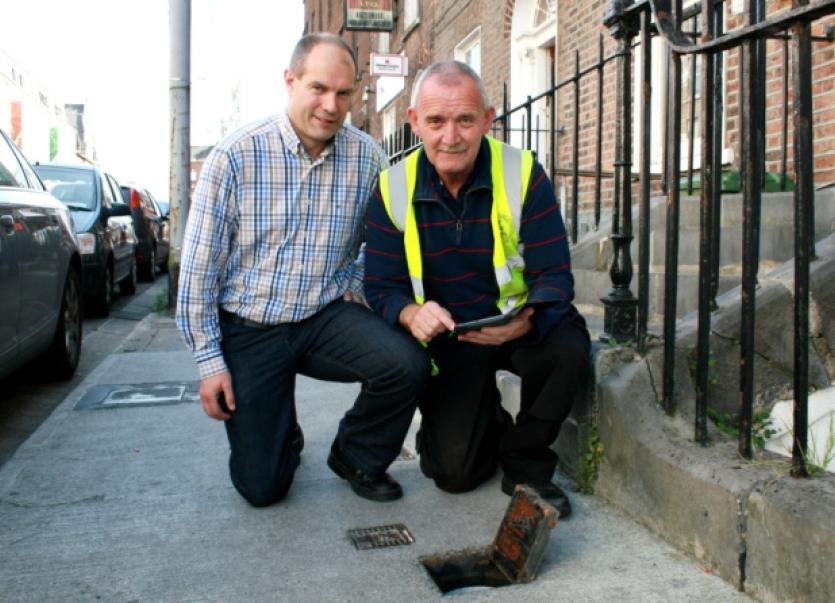 IRISH Water hopes to begin installing water meters at homes across Limerick in the next few weeks.

IRISH Water hopes to begin installing water meters at homes across Limerick in the next few weeks.

Ballycummin and Raheen have been earmarked as the likely locations in the city where the first meters will be installed ahead of the introduction of water charges next year.

Irish Water, which recently opened its regional headquarters in Annacotty, is currently finalising the roll-out programme which is expected to begin by mid-October.

The exact date is expected to be announced later this week.

It says meters will be installed outside domestic homes, at stopcock points which are usually located on public footpaths.

Previously, Irish Water has said householders will be notified 14 days before  installation but do not need to be at home when the meter is being installed.

The process of installing each meter is expected to last around two hours during which time householders will not be able to use water in their homes.

Since April a team of water meter surveyors have been calling to homes across the city and county to inspect existing stopcocks and connection points.

The location and type of stopcock at each home has been inputted into a central database along with the type of road surface.

“The survey is being carried out to see what’s there at the moment and when Irish Water come along they can develop their work programmes from that information,” said Kevin Murphy, area engineer ofthe water services department at the local authority.

It is understood that around 95% of homes in the city have been surveyed to date compared to around 85% in the county.

Follow-up surveys are to be conducted at locations where stopcocks were not found during the initial  survey.

While there has been some public opposition to the proposed introduction of water charges, Kevin Murphy says the surveyors have not encountered any difficulties.

“We have had very little problems, they were one or two people who were uncooperative all right and I think there was one person who parked their car on tip of their stopcock but there has been no abuse or hassle,” he said.

Irish Water has appointed private contractors to install water meters across the country.

In Limerick the installation works, which are expected to continue for up to two years, will be carried out by J Murphy & Sons Ltd.