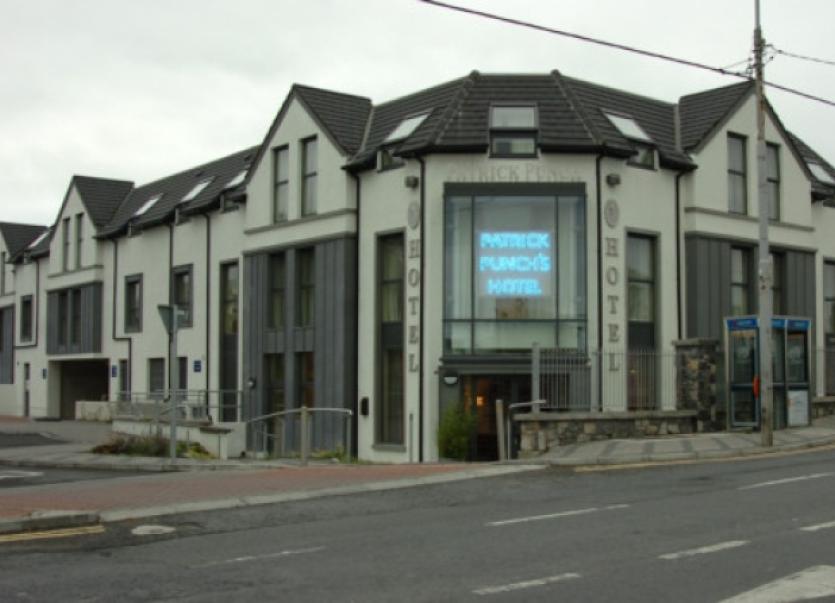 PATRICK Punch’s Hotel could become student accommodation for those at Mary Immaculate College.

PATRICK Punch’s Hotel could become student accommodation for those at Mary Immaculate College.

The hotel, which closed after it went into receivership in April, is on the market for a cut price €1.5m.

And Gordon Kearney, of Rooney’s Auctioneers, has said 12 enquiries have been made on the 72-bedroom hotel from operators on both and local and national level in the week it has been on the market.

One of these, he said, was an investor looking to convert the hotel into student housing.

This would see some rooms merged, and fitted out with kitchen equipment.

The gym would complement the accommodation, while the bar and restaurant would operate as a separate commercial enterprise, he said.

“Hotel bedrooms would not have kitchen facilities, so you would have to incorporate some kind of cooking facility, or combine some units. But a lot of bedrooms are quite large in the hotel, so there would not be a space issue,” Mr Kearney explained.

The auctioneer said there has been interest in the southside hotel from a number of Dublin operators, saying: “It is great to see this interest. It bodes well that Limerick has national hoteliers interested in it. It suggests it warrants investment.”

Rooney’s Auctioneers in O’Connell Street, are selling the hotel on behalf of the receivers KPMG.

The sales guide says there is an “opportunity to acquire a substantial modern hotel within walking distance to Limerick City Centre and Mary Immaculate teacher training college. It is close to the access junction for the M20 and M7 motorways.”

The property is being sold “complete with all fixtures, fittings, kitchen equipment and gym equipment,” the guide adds.

Although the guide price is €1.5m, Mr Kearney has predicated it would have cost €10m to get the hotel to the state it is in today.

Mr Kearney added: “This is a great opportunity for someone to get into a hotel with that level of finishing. To be able to purchase the hotel with all these facilities at this price is a golden opportunity.”