Shannon bounces back with increase in traffic 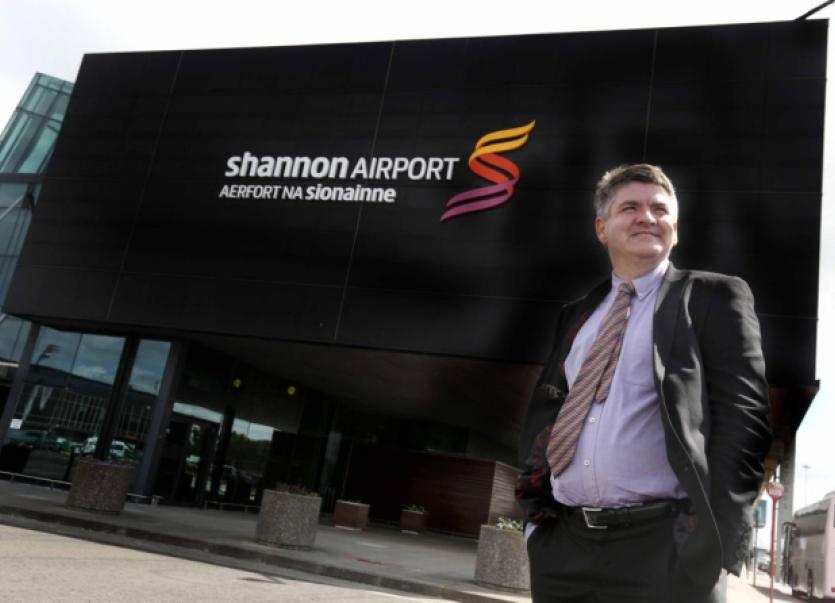 SHANNON Airport has just recorded its first month-over-month increase in passenger numbers in five years, with transatlantic traffic alone having jumped by almost 40% in June 2013.

SHANNON Airport has just recorded its first month-over-month increase in passenger numbers in five years, with transatlantic traffic alone having jumped by almost 40% in June 2013.

New figures show a total of 160,573 passengers used the airport last month, up by 8% on the corresponding month in 2012. Transatlantic traffic - boosted by new seasonal routes to Philadelphia and Chicago - increased by 38% in the same period.

And the newly independent airport’s management team is also making progress on its ambition to improve performance on routes to continental Europe. With Aer Lingus and Ryanair having added routes and improved frequencies to Faro, Alicante and Palma this summer, traffic between Shannon and Europe increased by 18% in June 2013 compared to 12 months previously.

Accordingly, overall growth in passenger numbers would have been much more spectacular than 8% had it not been for the continuing slide in US military passengers, down by around a quarter this year.

The increase in transatlantic traffic should significantly boost the local economy, according to Shannon’s chief executive Neil Pakey. Research conducted for Shannon by Red C shows that of all North Americans landing in Shannon, 17% will visit Limerick.

“The growth in US passenger numbers is particularly encouraging for the local region as tourism estimates are that US visitors spend, on average, 60% more than other tourists in Ireland.

“Our catchment includes some of Ireland’s leading tourism counties, so having a significantly improved range of services this year, especially on transatlantic routes, is extremely important to the wider region we serve,” Mr Pakey said.

“We are also encouraged by the number of Shannon passengers now visiting Dublin. The regions we serve offer a distinct Irish holiday experience but the quality of our road and public transport network now also enables visitors to access Dublin for one or two-night stays easily while basing themselves here.”

Meanwhile, the numbers using the airport dramatically reduced this Wednesday morning when a fire alarm meant the terminal had to evacuated. Passengers were readmitted after half an hour and no flights were delayed.