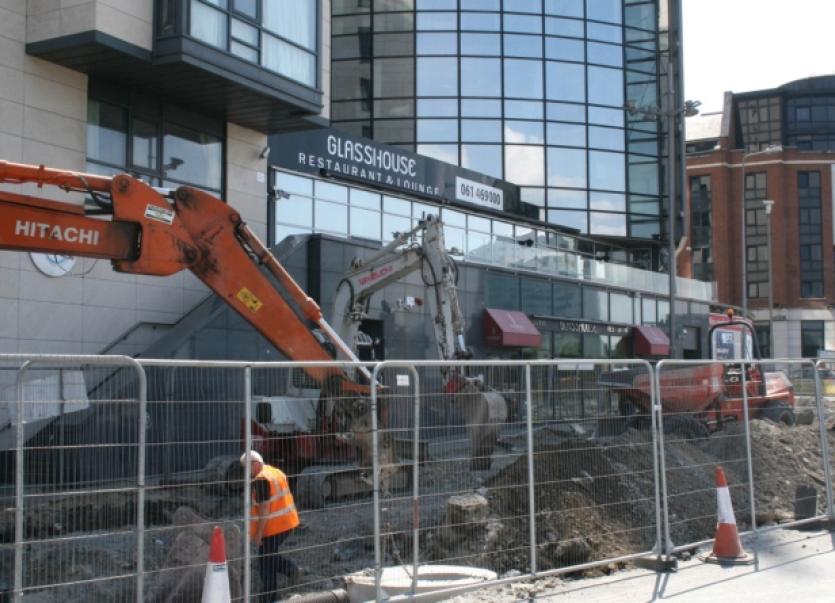 A TOP city businesswoman says the council’s works on the quays have forced her to close her restaurant.

A TOP city businesswoman says the council’s works on the quays have forced her to close her restaurant.

Daphne Greene opened the Glasshouse Restaurant, underneath the Riverpoint complex, in 2010. But in the last few weeks, she says due to the works on the quays, she has closed the luxury restaurant “for the foreseeable future”.

Twelve staff worked at the restaurant.

“It is very quiet there: the street has closed off. We cannot even open our front door,” she said.

Ms Greene said the restaurant could open in another location.

“I do not know if it will be a permanent closure: but it is certainly closed for the foreseeable future,” she added.

Contractors employed by the City Council have reduced visitors down to the riverfront, and Ms Green says, have made it impossible to do business in the area.

“We got no notice – they just pulled up one day in front of us. We simply cannot do business down there,” she explained.

Vincent Murray of Limerick City and County Council’s traffic department said: “I am aware the contractor is working in the vicinity, but the contractor should not be obstructing her entrance. Part of the requirement is that restaurants or any other business should not have their access disrupted for customers and deliveries.”

He added the work on that part of the riverfront is due to be completed over the next fortnight.

The remainder of the project - which will see new street lighting, boardwalks and public realm works - will be complete by August.

Transport committee chairman Cllr Ger Fahy said: “It is unfortunate she feels her business had to close. But we as the council are very determined to upgrade the city which will improve businesses the population, and attract more tourists in.”