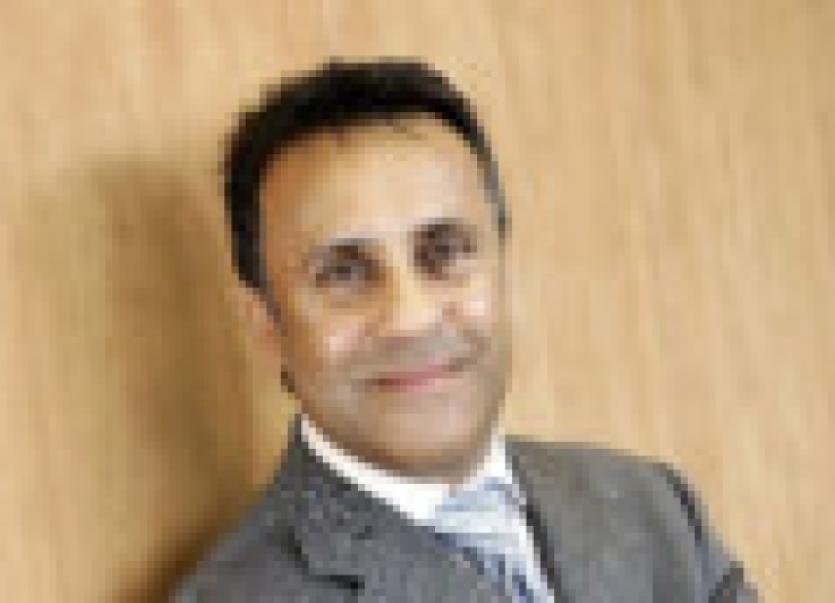 However, the Mayor of Limerick has warned prospective retailers coming to the Mid-West that opening a premises outside the city could be a “big risk” in terms of their commercial success.

Mayor Gerry McLoughlin was speaking to this newspaper following reports that Mr Sharma is still in talks with Marks & Spencer regarding taking one of the anchor units in the Parkway Valley shopping centre.

The plans for the shopping centre were abandoned when Liam Carroll’s Zoe Group collapsed more than five years ago.

Mayor McLoughlin said that when the city and county councils are amalgamated next year “there will be no more ambiguity regarding the city and county. “The emphasis will be on the city. There’s one Limerick now and we’ve a whole new era ahead of us. People have to be patient until the amalgamation is complete. 2013 has been great so far, but 2014 will be exciting.”

Company accounts for Alocin, which were signed off last month by Mr Sharma, show that the company incurred a loss of €61.8m after tax for the year ending 2011.

Mr Sharma told the Limerick Leader that he is fully engaged with the county council on the plans, and said they are “working diligently” to build the centre.

He said he hopes to make an announcement in the coming months, with “minor tweaks” being made to the original plans.

However, he would not comment on the potential involvement of Marks & Spencer, saying: “It’s a difficult property market at the moment. Nothing is done until it’s done and we’re in lots of talks with different retailers. We believe we have the best development team to put this together.”

The foundations, concrete floors and most of the steel work were completed before contractors pulled out of the development, but city councillors said the shell of the site may have to be removed as it could be structurally unsound after being exposed to harsh weather conditions for a number of years.

In December 2011, Limerick County Council granted an extensive of time for construction work to be completed on the partially built site.

Mr Sharma, 54, a director of 12 companies on both sides of the border, who was originally involved in the development of the stalled Opera Centre site in city, earlier said the plans for the Parkway Valley would be a “win win” for Limerick.

He had planned to unveil the plans last year, but no announcement was made.

He told The Irish Times this week that discussions with M&S are ongoing and he hopes they come to a “successful conclusion.”

Limerick City Council, the new owners of the €12.5m Opera site, is currently in negotiations to purchase the Granary building to redevelop an entire block as part of its regeneration plans for the Opera Centre site.