€6m worth of property sold in Limerick during April 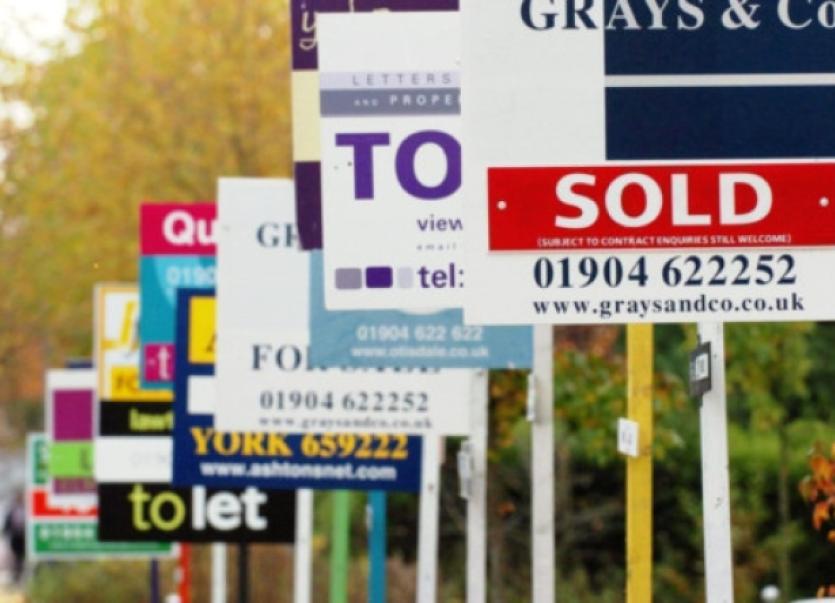 THIRTY six properties sold in Limerick this April - the lowest number of sales for the same period over the past four years.

THIRTY six properties sold in Limerick this April - the lowest number of sales for the same period over the past four years.

No sales have been registered for this month to date, but last May witnessed a boost in sales, with 62 deals closed.

In all, 157 properties have sold in Limerick to date this year, in comparison to 236 sales for the first four months of 2012.

New to the market is a property with a century and a half of history on the North Circular Road, which has gone on the market with a price-tag of €1.2m.

Built around 1860, Cragfield is set on 1.2 acres and includes six bedrooms and three bathrooms.

A grand drawing room, dining room with high ceilings, ornate cornicing and marble fireplace are among the advertised features. It is one of six properties in Limerick with price-tags in excess of €1m.

Nearby, Shamrockville on the North Circular Road is for sale for €1.5m, and includes five bedrooms and four bathrooms.It has been reduced from €4.5m three years ago.

No 8 The Demense in Adare Manor is for sale for €1.4m, and includes five bedrooms and five bathrooms.

Also recently advertised is a five-bed period home, in need of modernisation and a renovated five-bedroom stone coach house, which has come on the market in Lisnagry through the agent Savills.

Clonkeen House, Barringtonsbridge, comprises two properties on about 24 acres of land at Barringtons Bridge, eight miles from Limerick city. Together, the properties are asking €700,000.

On Wednesday next, May 15, an expansive period house in Murroe, will be put up for auction for a reserve price of €425,000.

Set on 51 acres, Ashroe House, which has six bedrooms and four bathrooms, was earlier listed for sale for €650,000. While it has been reduced in price by €225,000, it is described as being in need of “complete refurbishment”.

It is among seven Limerick properties up for sale in the Shelbourne hotel.