It’s a second golden success for Cahills in Newcastle West 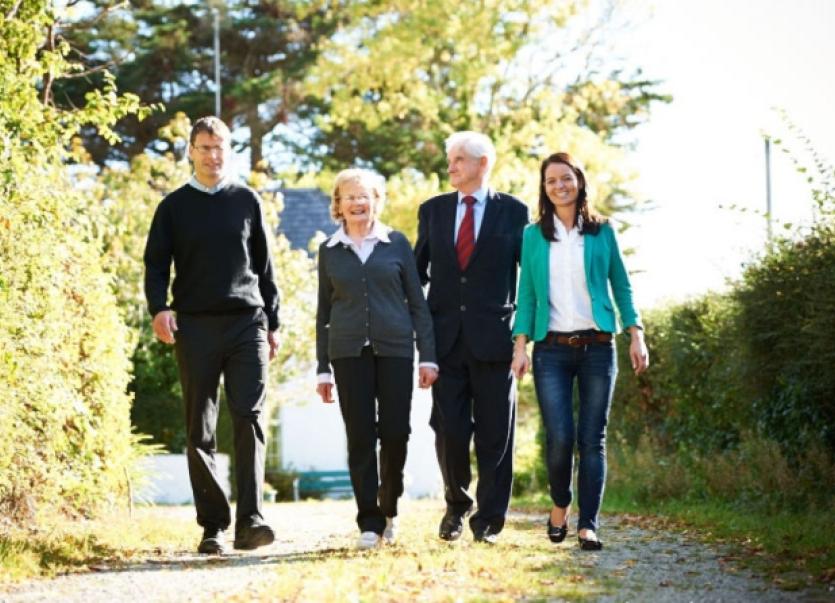 FOR the second year in a row, Cahill’s Cheese, the family-owned and family-run business based in Newcastle West, has brought home gold from the prestigious International Cheese Awards.

FOR the second year in a row, Cahill’s Cheese, the family-owned and family-run business based in Newcastle West, has brought home gold from the prestigious International Cheese Awards.

Last year, the Ballintubber Cheddar with Chives also won gold for the company at the festival which is run annually at Nantwich in England while a second cheddar won them a silver medal.

Now, their Ballintubber Cheddar with Garlic and Herbs has brought them a second gold. “We are absolutely thrilled,” said Helen Cahill who, with her brother Dan, now runs the company set up by their parents, Davy and Marion.

“It is lovely for us. It is always lovely to put yourself forward with the big players and stand up and see where your standard is,” Helen added.

But pulling off a gold for the second year running is no ordinary feat. The International Cheese Awards this year attracted over 4,500 entries from around the world and competition was intense, Helen revealed.

This year, however, it was not Helen but another member of the family, Eoin, who stood behind the Cahill stand at Nantwich.

“I have just welcomed a new baby into my life so I wasn’t in a position to travel to Nantwich this year,” Helen explained. But brother Eoin was happy to stand in,

Since the first Ballintubber Cheddar with Chives won the approval of Fergal Quinn back in 1984, the Cahill family has built up the business to the point where they now supply to more than a dozen countries.

In addition, they supply Dunnes Stores, Supervalu and on a seasonal basis to Aldi and Lidl as well as local and specialist shops.

“For us, it is definitely about not getting complacent and about always doing your best,” Helen said. “Everyday is a school day, trying new things, new flavours, seeing will this work, seeing how to improve things.”

Acknowledging that the artisan cheese market is very crowded, Helen added: “We tend to focus on yourselves and are not necessarily looking at other cheeses.”

“We are small but we try to think big,” Helen continued. “ We attended Bord Bia’s “Marketplace” in March. Following on from that, the vice president of one of the largest distribution companies in the US visited us in Limerick. He was surprised at our size, being more familiar with large scale operations, but was very impressed with the quality of our product. For the month of June, we were available in all Wholefoods stores across the US as their “cheese of the month”.