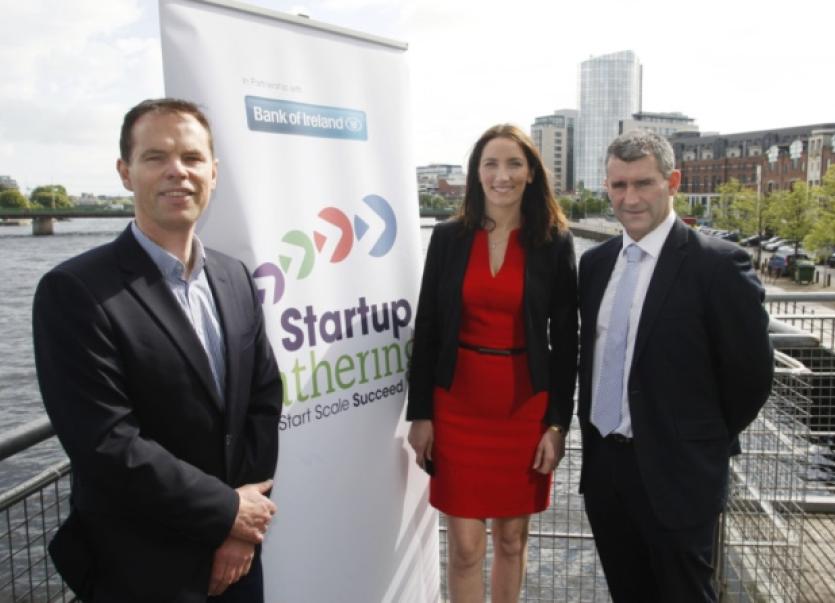 LIMERICK is to play a key role in the biggest start-up business event ever staged in Ireland, taking place this October.

LIMERICK is to play a key role in the biggest start-up business event ever staged in Ireland, taking place this October.

Thousands of business people from across the world are expected to come to Ireland for the first Start-up Gathering, which takes place in Limerick, Dublin, Cork, Waterford and Galway over a week in October.

More than 50 events are planned for the week, including in Limerick, a potential ‘Hackathon’, an international clustering conference and a seminar focusing on why companies come to the Mid-West.

Start-up Ireland has at its heart a goal of promoting entrepreneurship across Ireland, as well as raising the profile of the start-up sector, and developing regional early stage company hubs.

Limerick will hold its Start-up Gathering Day on Thursday, October 8.

And there was an abundance of ideas coming from the floor at a special ‘Town Hall’ style meeting which took place at the Clarion Hotel.

More than 100 SME owners and decision makers were at the hotel for the event, which local coordinator Gillian Barry hopes can lead to the creation of 2,500 jobs in the region.

“We are looking at what has happened in other cities. In Washington, it took 18 months from it being an unconnected city to being a connected city, and I think they raised $90m in investment from the initiatives. We are aiming for this,” she said.

The SME business sector is being encouraged to come up with events for the gathering - such as Bluechief Solutions, which suggested a Hackathon event.

In order to fund these, they are being encouraged to source funding online, or to enter deals with hotels and other providers.

It is hoped these events will attract investors from around the world.

“On October 8 in Limerick, we are going to shout loud about how amazing the city is. We have a lot to offer. There are a lot of challenges out there, but we are asking how we can use the Start-up Gathering to look at these problems and do something to address these,” Ms Barry said.

During the briefing at the Clarion Hotel, there were speeches from a number of people who chose Limerick to establish their firms including Dubliner Shane McAllister, of mobile technology firm Mobanode, and British man Mark Cochrane, who founded software company FNEC online.

Ms Barry says Limerick has the potential to emulate conurbations like the Israeli city Tel Aviv.