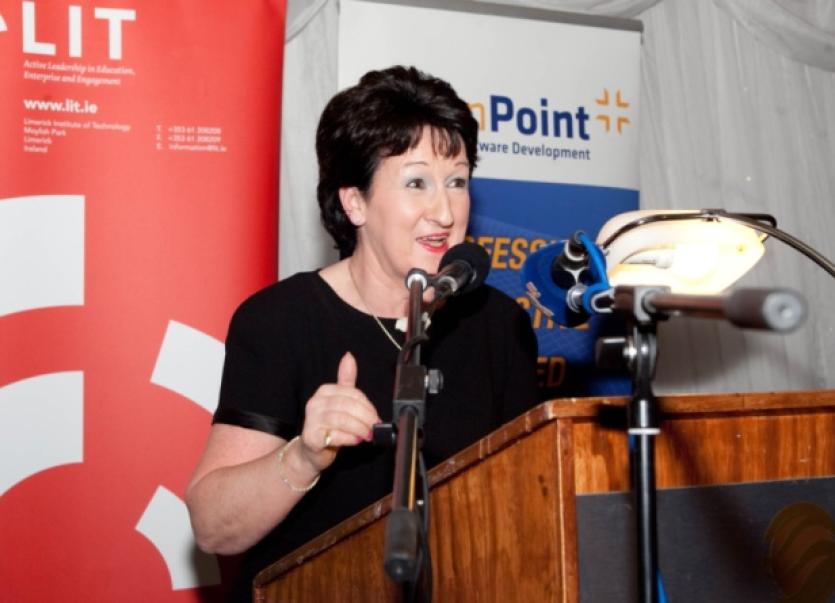 SHANNON Airport chairman Rose Hynes has welcomed news of Government approval for the sale of its 25% stake in Aer Lingus to IAG.

SHANNON Airport chairman Rose Hynes has welcomed news of Government approval for the sale of its 25% stake in Aer Lingus to IAG.

The Cabinet gave a green light to the deal late last night, likely clearing the way for a €1.4bn takeover of the airline.

Significant concessions have been won from IAG, with Minister for Transport Paschal Donohoe explaining that the seven-year guarantee on the company’s slots at Heathrow and certain commitments on jobs were key to the deal gaining Government approval.

Legally binding guarantees have been provided for Aer Lingus’ Heathrow slots for an “unlimited” period of time, with current daily services between Shannon and the London airport for at least seven years. Likewise for Cork Airport.

A statement from IAG said, in the event of the takeover, Aer Lingus would “operate its current daily winter and summer scheduled frequencies between London Heathrow and Dublin, Cork and Shannon for at least seven years post-acquisition”.

Welcoming the proposed IAG takeover of Aer Lingus and the Government decision to sell its shareholding, Shannon chairman Rose Hynes said it was “good news”.

“It’s a positive opportunity for Ireland, will safeguard the Shannon-Heathrow connectivity for seven years and it opens the door to further growth at Shannon,” she said.

“An IAG takeover of Aer Lingus opens a new era, not just for Aer Lingus but also for Shannon Airport and the region.

“Aer Lingus already operates successful US, UK and European routes from Shannon, and indeed only last week the airline announced a 20% increase in seat capacity on the popular Shannon-Heathrow route, adding to a new Aer Lingus Regional flight to Birmingham commencing on June 18.

“We are delighted that IAG has committed not only to sustain and strengthen Shannon’s existing Aer Lingus services after the takeover but also to pursue further growth opportunities from Shannon to North America.

“We look forward to the conclusion of this deal and to working directly with IAG and Aer Lingus to further increase passenger numbers at Shannon and offer more choice to the region.”

Neil Pakey, Shannon Group CEO, noted that “IAG already owns British Airways, one of the largest airlines in the world and already a valued Shannon customer, as well as Iberia and Vueling”.

“Shannon is well placed strategically to benefit from this deal and we look forward to continuing to work with IAG and with the Aer Lingus management team led by Stephen Kavanagh, as we develop and grow Shannon in the years ahead,” he added.