Duffy: presidency my way of giving back to Limerick Chamber 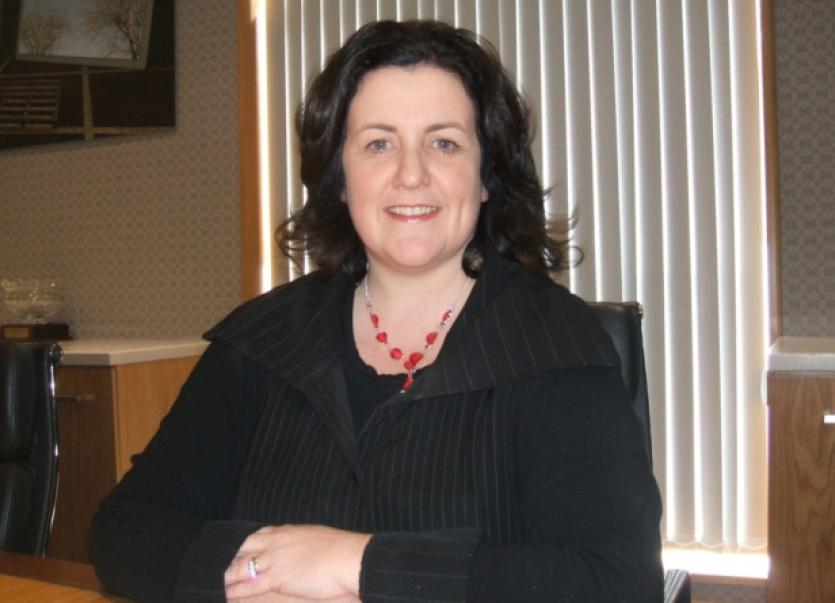 the general manager of Northern Trust in Limerick says her presidency of the Chamber is her way of giving back to the city.

the general manager of Northern Trust in Limerick says her presidency of the Chamber is her way of giving back to the city.

Ballina resident Catherine Duffy took the reins at the Plassey financial services firm in 2008 with only a handful of employees.

Since then, she has overseen an incredible growth which will see Northern Trust employ more than 1,000 people in the coming years.

Not only that, the firm has also expanded from one premises - Hamilton House - to a second building on the Ballysimon Road.

Ms Duffy joined Limerick Chamber within weeks of arriving in the city, and feels the business organisation has helped its growth.

“What has helped us to make Northern Trust grow so quickly has been the Chamber. For me to get around the table and meet others in a variety of different business roles has been a great help to Northern Trust. We feel we are giving back,” she explained.

Ms Duffy has known for the best part of a year she would be this year’s Chamber president, after serving under accountant Cathal Treacy as vice-president for the last 12 months.

She takes over with Limerick Chamber marking its 200th birthday.

2015 will see the Chamber looking to the future as well as celebrating its storied history, she said.

For the first time, the Limerick Chamber has run a schools competition, inviting students to focus on business throughout the ages.

Twenty-five schools took part, and Ms Duffy hopes to make it an annual event in the future.

Another new fixture on the Chamber calendar is a past president’s reception, which was held at its 96 O’Connell Street offices.

The event doubled as a ‘think tank’, with 20 former presidents happy to lend their expertise to the development of the Chamber.

Taking up the story, the Northern Trust executive said: “You can imagine the brain power in the room!

“We set them up to where they were able to tell us what did the Chamber want, and how they could help us celebrate our 200th anniversary.”

She praised the “great appetite” from the past presidents in attendance, two of whom were Kay McGuinness and Jeanette McDonnell.

Ms Duffy is only the third lady to serve as president in the Chamber’s 200 year history.

She initially admitted she was surprised that women had been so under-represented in the top Chamber positions.

But, playing it down, Catherine hopes it becomes a non-issue.

“The world is changing, and evolving. It won’t even be a subject which will be discussed going forward. You have five women out of a board of 15. I think going forward, like every business, the female membership is going to increase.”

At last week’s past presidents’ reception, Ms Duffy was able to seek the advice of the former presidents.

To this end, she has pledged, alongside newly appointed Chamber CEO Dr James Ring, to meet a set number of members a month.

She said they are very supportive of her presidency, despite the fact it will take up much of her spare time.

“It will be a good year, I am really looking forward to it. Onwards and upwards,” Catherine concluded.