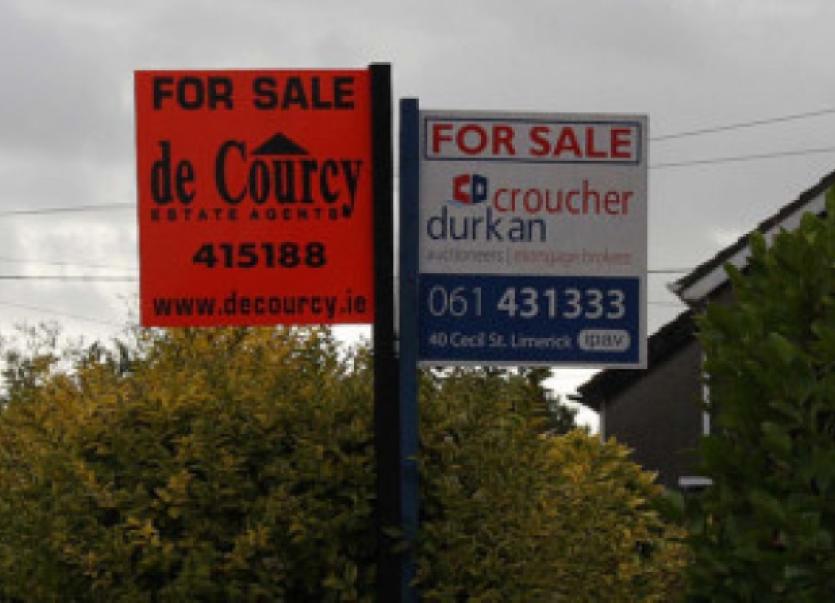 HOUSE prices in Limerick continue to fall at a time when prices in Cork and Galway are on the up, according to a review of 2014 conducted by Ireland’s largest property website.

HOUSE prices in Limerick continue to fall at a time when prices in Cork and Galway are on the up, according to a review of 2014 conducted by Ireland’s largest property website.

Daft.ie found the average asking price for a house in Limerick city was €122,383 in the fourth quarter of the year, down almost 3% on the corresponding quarter in 2013 and a whopping 54% down on peak levels.

“While prices in Cork city are more than 12% higher than their lowest point, prices in Limerick - both city and county - are still falling,” the report states.

This is at odds with the more positive sentiment expressed over the latter half of 2014 by auctioneers in Limerick city, many of whom claim that houses in the city are now routinely fetching more than the asking price and that this is set to continue while supply remains a problem.

A feature of the report nationally is an apparently chilling effect in the latter half of the year of Central Bank proposals to stave off a property bubble by requiring borrowers to save up larger deposits.

“The intention of the proposed Central Bank limits on mortgage lending is to limit increases in house prices by affecting both buyer expectations and the credit available to them. It seems that, even though the limits have not yet come into force, they have already had some impact,” commented the report’s author, Prof Ronan Lyons.