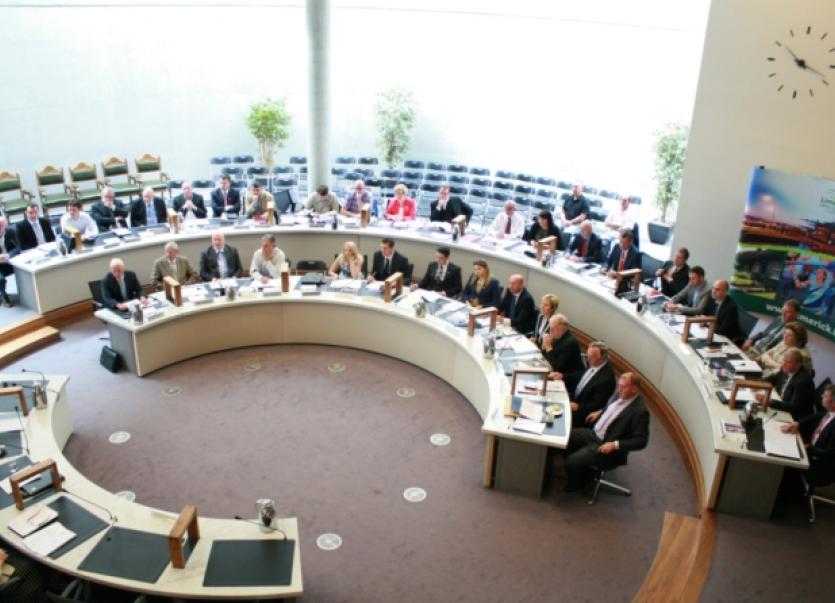 CAMPAIGN videos, loudspeaker rental and even hurleys and sliothars for the local school were among the items local election candidates spent over €325,000 on in the two months leading up to polling day last May.

CAMPAIGN videos, loudspeaker rental and even hurleys and sliothars for the local school were among the items local election candidates spent over €325,000 on in the two months leading up to polling day last May.

Figures held by Limerick City and County Council show that the two biggest spenders failed to get elected - Fine Gael’s outgoing Murroe-based councillor John Egan (with a spend of €11,273) and Fianna Fail’s James Cavanagh, another former councillor, in Adare (whose spend amounted to €11,000).

This put both candidates at just under the spending limit of €11,500 in their electoral areas of Cappamore-Kilmallock and Adare-Rathkeale. The same limit applied to Newcastle West, Limerick City North and Limerick City West while a higher limit of €13,000 applied to Limerick City East, a seven-seat area with a population of more than 40,000. Party candidates may share the expenditure with their organisations.

According to the declarations signed by over 80 Limerick candidates, none of them exceeded the spending limit that applies to the 60 days leading up to polling day.

One unsuccessful candidate, Denis Riordan in Limerick City North, declared he had spent all of €10 on his election campaign - on transport. Other city-based independent candidates - and who all failed to get elected - to have run campaigns on a shoestring included Noel Hannan (€300), Gerry Casey (€375) and Cathal McCarthy (€492).

Of the 40 men and women who did get elected, Fianna Fail’s Richard O’Donoghue was the biggest spender.

He told the Leader this Wednesday that only €1,000 (for posters) of the €9,354 spent on his campaign had come from Fianna Fail.

This included a €900 spend on GAA sponsorships.

“We sponsored hurleys for the schools in Granagh and in Ballingarry. I bought hurleys, sliothars and footballs for both schools,” said Cllr O’Donoghue.

And an amount of €250 for Colaiste na Trocaire in Rathkeale was his contribution towards a race night the school was holding.

“I was happy to do it and my own lad goes to school there,” said Cllr O’Donoghue.

“We are there to help people. We don’t get our expenses back. I think it was €1,000 for the posters was all I got (from Fianna Fail) and the rest was our own. But we did extra posters ourselves. Practically everything was off our own steam.”

Cllr O’Donoghue was also the only candidate to specifically declare that he had paid his campaign team – €1,000 in his case – for their labour in erecting and taking down posters on the highways and byways. He had also spent €800 for food for his campaign team.

“We fed people ourselves. You have to look after your own people as best you can. The time that they put into it alone could never be covered. We paid for the fuel for cars. We even had a camper with my name plastered on the side of it. What you had to do to get elected this time was to get out there,” said Cllr O’Donoghue.

Another feature of election 2014 was - predictably enough - the increasing amount of money candidates were spending on social media.

Cllr Emmett O’Brien (Independent), Cllr Tom Neville (Fine Gael) and Frank Mulqueen (Fine Gael) were among those who spent a couple of hundred euro on Facebook ads but all these young guns were outspent by Fine Gael’s Gerald Mitchell. Of the Hospital man’s total expenditure of €8,433, some €2,000 was spent on social media.

He explained that he had paid a company - Mespil Solutions - to make a campaign video and arrange for online coverage on a website and across Facebook, LinkedIn and Twitter.

“They hired professionals to do the video for me and put it on Twitter and all that - and they set up all the accounts for me.

“I’m told the video came across well. Basically, I took on professionals to do the job,” said Cllr Mitchell.

“Social media is definitely the way to go. There was a couple of times when I was out canvassing and the amount of dangerous dogs I met was unreal. With all the break-ins around the county, the amount of guard dogs has gone up and if you lost concentration for a minute you could be looking right at an alsatian or a sheepdog or a rottweiler or a pitbull,” said Cllr Mitchell.

“Facebook and the like will become even more important in reaching an audience and stating your policies; it is growing all the time.”

That rural candidates were generally spending more than their urban counterparts is attributable to the higher fuel costs associated with geographically larger electoral areas. Cappamore-Kilmallock was “the size of Louth”, said Cllr Mitchell. He had spent €2,000 on diesel over the campaign - “and not only that, I had punctures, and my gearbox went with all the stopping and starting and my battery went as well – it was unbelievable”.

For all his enthusiasm for social media - and rottweilers notwithstanding, Cllr Mitchell said it was those face-to-face meetings with voters that turned his campaign into a success.

Meanwhile, Cllr O’Brien - whose expenditure of €7,608 was at the higher end of the scale - said he had “started from a low base as an Independent and with no backing of any party”.

“So I had to run a fairly intensive media campaign which encompassed a lot of work on Facebook advertising as well as the more traditional advertising in local newspapers, mobile advertising and posters as well.”

While Cllr Neville (total expenditure €5835), who works in marketing, also took to Facebook, he was canny enough not to neglect more traditional media and also took out ads in Kildimo GAA and Adare GAA booklets.

Another traditionalist was Sinn Fein’s Cllr Ciara McMahon, who declared she had spent €50 on loudspeaker rental.

Only one of the candidates declared political donations. Any donations of €600 or over must be declared but Nigerian businessman Sunny Martins Duruagwu, an Independent candidate in Limerick City West, took such a transparent approach that he declared donations of €100 from the Benin Community Nigeria and €50 from Wisdom Ochors.

Four candidates – Jason Griffin, Sarah Jane Hennelly, Patrick McCarthy and Richie Smyth – failed to return declarations within the statutory time limit, which may pose problems should they decide to run again in future.