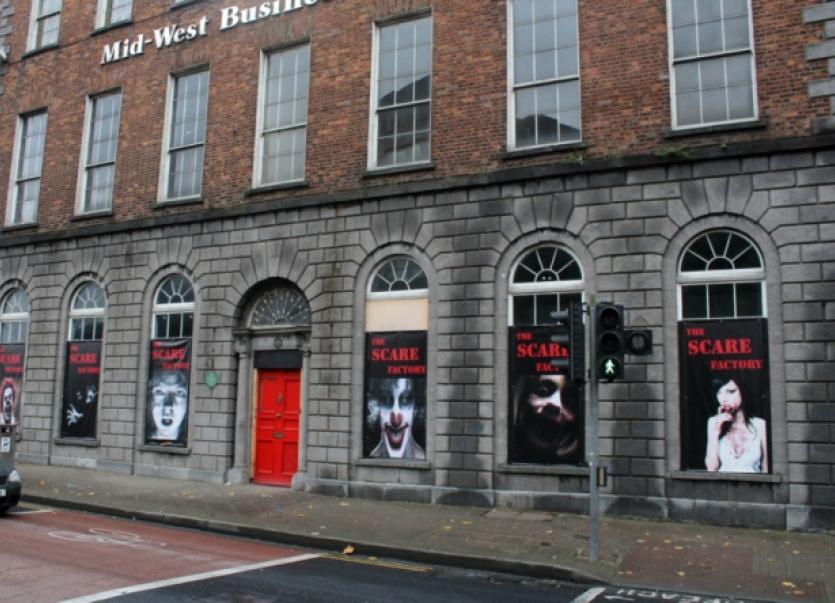 THE operator of the Scare Factory in Limerick has said the popular Halloween experience will remain open despite being notified by Limerick City and County Council to shut down.

THE operator of the Scare Factory in Limerick has said the popular Halloween experience will remain open despite being notified by Limerick City and County Council to shut down.

The Council has asked the short term business to cease operations after its insurance company declared itself “unsatisfied” with the building during a routine inspection.

However operator, Dave Ryan, said the Scare Factory was fully covered under its own insurance policy and would remain open until the agreed date of Sunday, November 2.

“The Council have their own issues with their own insurance companies and they asked me to close down because of this. I am fully insured on my own side and there are no issues no my side,” he told the Limerick Leader this Thursday morning after other media organisations reported that the Scare Factory had closed overnight.

“From a fire and safety point of view everything is covered. They forgot to tell their insurance company that it was a derelict building, so when their insurance came they got a bit of a shock,” said Mr Ryan.

Issues arose on Wednesday afternoon when the Council cut power to the Old Town Hall on Rutland Street where the Scare Factory is based at 4pm, after notifying the company to stop operating immediately.

Consequently the Scare Factory is now being run on generators and opened fully this Wednesday night.

A spokesperson for Limerick City and County Council, who own the derelict building and the entire Opera Centre block, said an agreement was reached between them and Mr Ryan so that he could operate in the building on a no-fee basis from October 17 to November 2.

“Limerick City and County Council permitted the operator of the Scare Factory experience to hold a Halloween event in the Old Town Hall, Rutland Street on a no fee basis,” explained the spokesperson.

“A fire safety management strategy was agreed between the operator and the local authority.

“The Council’s insurers formed an opinion, following a routine inspection of the property, that the building was unsuitable for this type of event.

“As a consequence, the Council has notified the operator to cease operations with immediate effect.”

Thirty actors are employed by the Scare Factory which has proved hugely popular with the public, with people not in possession of pre-purchased tickets experiencing wait times of up to three hours, according to some social media sites.