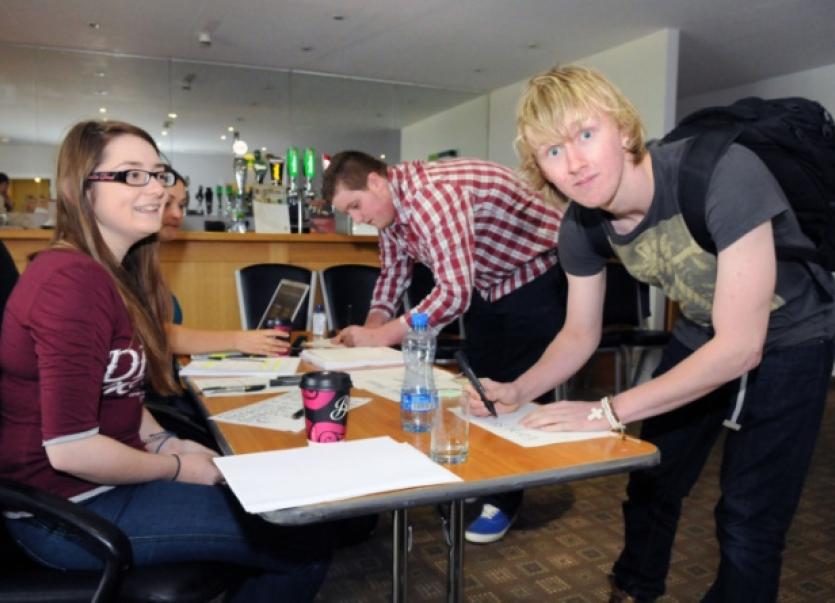 OPEN auditions for TV3’s first soap opera drew over 100 old stagers and fresh faces to the Clarion Hotel on Saturday.

OPEN auditions for TV3’s first soap opera drew over 100 old stagers and fresh faces to the Clarion Hotel on Saturday.

Red Rock is due to begin shooting later this year and will hit the screens some time in 2015.

“It is set in a non-specific seaside town either north or south of Dublin and we have to build the world, cast-wise, from the ground up,” said casting director Louise Kiely.

And some of the talent in Limerick she described as “absolutely fabulous”.

“They have all been very prepared and very, very nice.”

Among those hoping to catch the eye of Ms Kiely was a quartet of teenagers from Limerick Youth Theatre - Serena Kennedy, Fiona Grimes, Simon Benson and Darragh Mullins. All four have just finished their Leaving Cert but didn’t seem to mind being put to the test again so soon after the exams.

Simon has less experience than his friends and said this might be why his audition was “a bit unprofessional” by comparison.

“I went in and didn’t really know my lines. That’s why I’m out here learning it now and going in to redo it. Myself and Fiona are in rehearsals for a show at the moment so I hadn’t got around to learning the lines until last night.”

Serena also admitted to having fluffed her lines - but only while she was introducing herself! Thankfully she recovered to get through the one-minute monologue required by the casting team.

“It ran smoothly. I stared at a nice tree in the background and said my lines,” she said.

Open casting sessions are not new to Serena and Darragh, both of whom tried out for Star Wars in February.

“We were waiting outside Croke Park for six hours in the freezing cold. It was fun though, with storm troopers coming out and all that,” said Darragh.

Simon said it was a strange feeling to be trying out for parts with more seasoned actors from the region. “People who have been our mentors are here today so it’s weird being on the same level as them,” he said.

One of the more experienced actors to show up was Pius Kennedy, a native of Thomondgate who as well as plenty of stage productions has been in Pat Shortt’s Mattie. He also had a lead role in the TG4 historical drama-documentary Am an Ghátair.

He had no shortage of material for his monologue and chose some lines from his one-man show Mid-Knight Cowboy, which he played to houses in Edinburgh and on Broadway last year.

“ It was something I had in the back pocket which was nice. There was good vibe up there; a lot of familiar faces and a lot of new faces as well and that’s good because it keeps you on your toes. It is great to see as well that they are casting outside of Dublin,” said Pius.