50% fewer properties to rent in Limerick city in a year 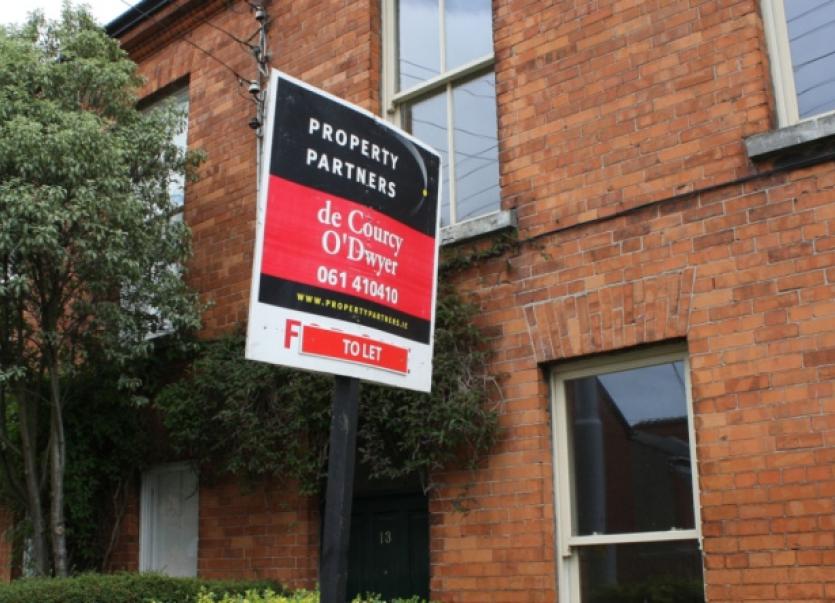 THERE are almost 50% fewer properties available to rent in Limerick city compared to this time last year, according to the latest quarterly rental report by Daft.ie.

THERE are almost 50% fewer properties available to rent in Limerick city compared to this time last year, according to the latest quarterly rental report by Daft.ie.

At the start of August there were 187 available properties for let, compared to 368 in August 2013.

Rents in the city have also risen by over 6% in the past 12 months, with the average Limerick city rent now standing at €682.

In Munster, rents rose by an average of 2.8% in the year to June 2014, compared to static rents a year previously.

The change in rent prices in the city is up 7% since prices were at their lowest, and there has been a quarter-on-quarter change of 1.1%.

In the rest of Limerick, rents were on average 1.1% higher in the second quarter of 2014 than a year previously. The average advertised rent is now €590, a fall of 23% from the peak.

Nationally, rents have risen by over 10% in the space of twelve months with the national average rent now €915 compared to €825 a year previously.

Rents rose in every county, bar Donegal, and all city centres experienced rises of between 3% in Waterford and 17% in Dublin. There are now 6,800 properties available to rent across the country, down from 11,000 in August 2013.

Ronan Lyons, economist at Trinity College Dublin and author of the Daft report, said for students looking for accommodation, the 2014/2015 academic year is likely to prove one of the toughest for over a decade.

“The imbalance between supply and demand is particularly acute in Dublin, where rents are closer to their 2007 peak than their lowest point in 2010.

In a market like this, it is easy to panic so it is important that prospective tenants do their research ahead of making any decisions,” Mr Lyons advised.