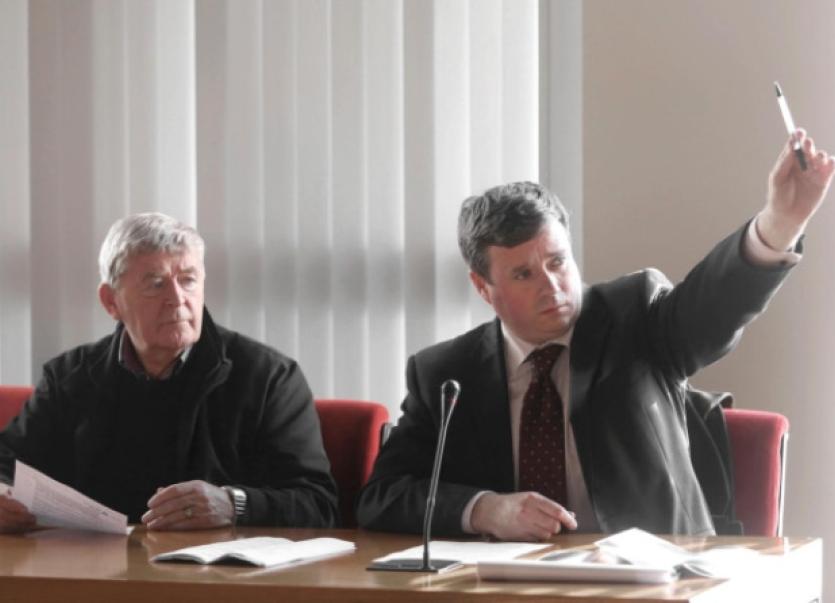 THE decision by Limerick city councillor Pat Kennedy to threaten legal action over the renaming of the Shannon Bridge in the city could now ‘backfire’ on him.

THE decision by Limerick city councillor Pat Kennedy to threaten legal action over the renaming of the Shannon Bridge in the city could now ‘backfire’ on him.

A meeting to debate the proposal to name the bridge after John F Kennedy ground to a halt on Friday after the Independent member produced a solicitor’s letter stating he will institute legal proceedings if an original vote is not upheld.

This caused worried council officials to urge the abandonment of the meeting while they sought a legal response.

But in an ironic twist, with this advice unlikely to be back with the council this side of the May election, councillors believe the unpopular plans could now “die a death”.

Ultimately this could leave the newly elected city and county councillors of the merged local authorities deciding on whether the bridge should be renamed or not.

There has been significant public opposition to the proposed renaming, with close on 600 people signing a petition in opposition to it, and the majority of a 30-strong public attendance at the meeting opposing the plan.

A long-serving councillor - who did not wish to be identified - said: “It will die a death. I would imagine legal advice won’t come back for a good while, probably after the election. And even if he (Cllr Kennedy) was legally right, all it would need is two thirds of the new council to overturn it.”

Fine Gael leader Diarmuid Scully - who has been a vocal critic of the renaming - said: “There is something sleeveenish, cap-doffing about rushing to rename a bridge after an American president whose connections to Limerick are tenuous.”

He argued the original vote of 7-6 on the bridge should not be considered, as councillors were not directly voting on the actual renaming of the bridge.

“No vote was ever actually held to rename the Shannon Bridge. The vote I proposed was that we refer the matter to a monuments committee,” he explained.

“That proposal was defeated 7-6. It is presumed that defeat meant the bridge renaming passed by default. I am questioning that, because I don’t think we can rename a bridge without a formal vote.”

If it emerges it is legally binding, Cllr Scully will test the council’s resolve by proposing a ‘naming ceremony’ does not take place until after the election.

It is his hope that the plans can then be “killed off” in a similar manner to plans to rename the Abbey Bridge in honour of Jim Kemmy in 1999.

“I think the majority of the council is opposed to the idea of the JFK bridge, and if there was a vote (Friday) it would have been killed off,” he added.

But Cllr John Gilligan, one of the men supporting Cllr Kennedy, said the only people opposing renaming are those who “have a beef” with him.

He added the only reason Cllr Scully is embarking on the campaign is to mask Fine Gael’s poor performance in the polls. “It is the only thing he has left to hang onto. But not everything in Limerick will be decided over how much of a propaganda campaign can be put together,” he said.