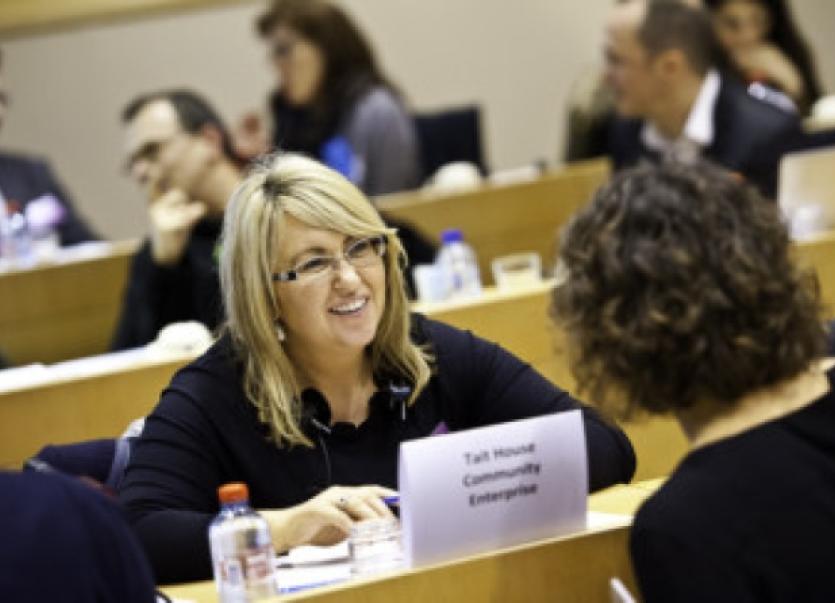 A CITY-based Community Enterprise centre was the only initiative invited from Ireland to speak at a recent conference in the European Parliament.

A CITY-based Community Enterprise centre was the only initiative invited from Ireland to speak at a recent conference in the European Parliament.

Representatives from Tait House, located on Roxboro Road, were invited to speak at the Reinventing Europe Through Local Initiatives conference in Brussels along with 25 similar enterprises.

Tracey Lynch, CEO of Tait House, who presented along with Pat Kennedy, said the centre was “delighted” to be invited.

Ms Lynch’s presentation focused on social enterprise and the necessity for a partnership approach with the local authority to help “bring about real practical change and address the social and economic regeneration of Limerick city”.

“This was a very important opportunity to show how new emerging entrepreneurs and approaches at local level can provide new perspectives for Europe,” she explained.

“We acknowledge the very real challenges we face to deliver in terms of social and economic dividends for Limerick.

“We need to forge our own path that is less dependent on funders and seek to form strong partnerships both on a micro and macro level locally and nationally.

“We recognise the necessity to work together to provide a platform to deliver on the Regeneration Implementation Plan,” she added.

The presentation focused on the provision of local employment, an area in which Tait House have been active, creating 13 jobs last year and upgrading 220 homes in Limerick, which supported 40 people in employment over five months in 2013.

A number of high profile speakers contributed to the dialogue at the event, with presenters hailing from countries such as India, Greece, Turkey, the UK, Poland, Denmark, and Spain.