St Camillus’ Hospital ‘top of the list’ for capital works 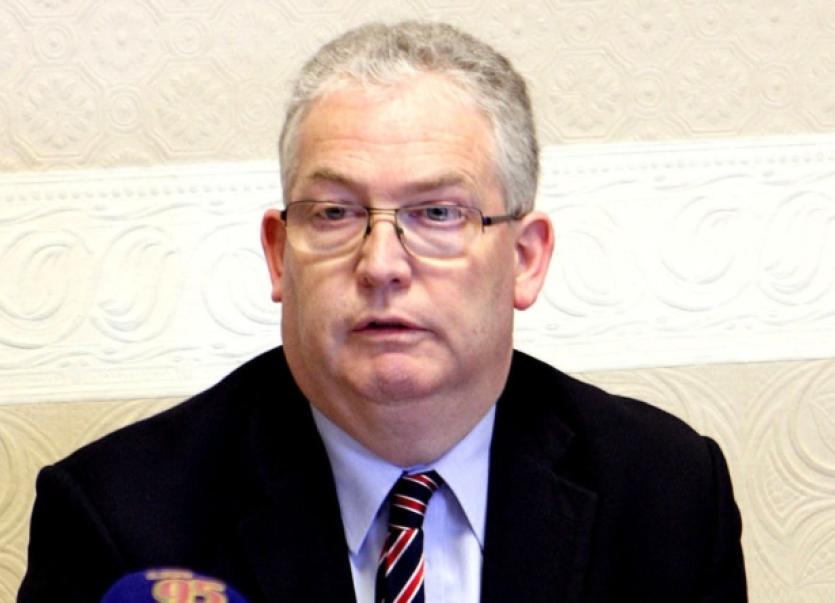 ST Camillus’ Hospital is “at the top of the list” of state-run nursing homes for infrastructural improvements, the HSE’s director general said in Limerick this Wednesday.

ST Camillus’ Hospital is “at the top of the list” of state-run nursing homes for infrastructural improvements, the HSE’s director general said in Limerick this Wednesday.

With HIQA calling for single-occupancy rooms with en-suites for all elderly people in residential care by 2015, Tony O’Brien acknowledged the HSE faced significant infrastructure issues at residential care facilities for the elderly. Parts of St Camillus’, which was built in the 19th century, have been described as not fit for purpose by HIQA.

“There is an infrastructure challenge,” Mr O’Brien said.

“There are nine facilities here in the Mid-West and 124 nationally where we do have to make infrastructure improvements. This particular facility is actually at the top of that list. Infrastructure is part of the equation but clearly - and this is something reflected by staff and patients I have met today - quality of care is the most important thing. But we do need to ensure that we can sustain that quality of care and at the same time work with government to secure the necessary investment to bring about the type of infrastructure upgrades that are needed.”

The HSE was working not only on bringing existing facilities into compliance but on providing new longstay facilities, particularly for the elderly, that will be required as the population ages.

A national capital plan was before government with St Camillus’ at the top of that list, Mr O’Brien said. This has not yet been approved.

Bernard Gloster, area manager for non-acute services in the Mid-West said there was a plan that would first involve “intermediate, moderate changes to improve the comfort of the residents that are here as well as to deal with some of the compliance issues - and over the last year significant progress has been made on that here”.

Asked whether St Camillus’ would be refurbished or a new facility built on a greenfield site, Mr Gloster said the HSE in Limerick was fortunate to own valuable land at St Joseph’s and St Camillus’ hospitals as well as on Catherine Street.

“But certainly we would see a presence of older people on this site. St Camillus’ is a very important part of the infrastructure of the city,” he said.

Meanwhile, Mr O’Brien has given a clean bill of health to Limerick charities funded by the HSE.

In a week when charities and institutions such as Rehab and the Central Remedial Clinic are engulfed in controversy around executive pay and the destination of charitable donations, Mr O’Brien said the three Section 38 agencies in Limerick are facing “no issues of significant concern”.

Section 38 agencies are independently managed but publicly funded healthcare providers including voluntary hospitals like St John’s Hospital and disability service providers such as The Brothers of Charity and The Daughters of Charity.

Mr O’Brien said “in terms of the Section 38 agencies that we are working with in this area, there aren’t specific significant concerns”.

“Looking at it nationally, away from this region, there has clearly been significant issues around the governance of a small number of organisations as regards their compliance with public pay and their use of fundraised funds, if I can put it that way.”

He hoped that the ongoing efforts of the HSE and the Public Accounts Committee, coupled with the government’s commitment to introduce a regulatory regime for charities, would see public confidence in making donations restored.

Mr Gloster indicated there were some “minor” compliance issues relating to salary scales at the disability service providers. He described these as “legacy issues” that were being dealt with to bring them into full compliance. And these salary issues related to their national organisations rather than the Limerick sites.

He emphasised there was no evidence that any funds being raised by HSE-funded charities in Limerick were not being appropriately used.