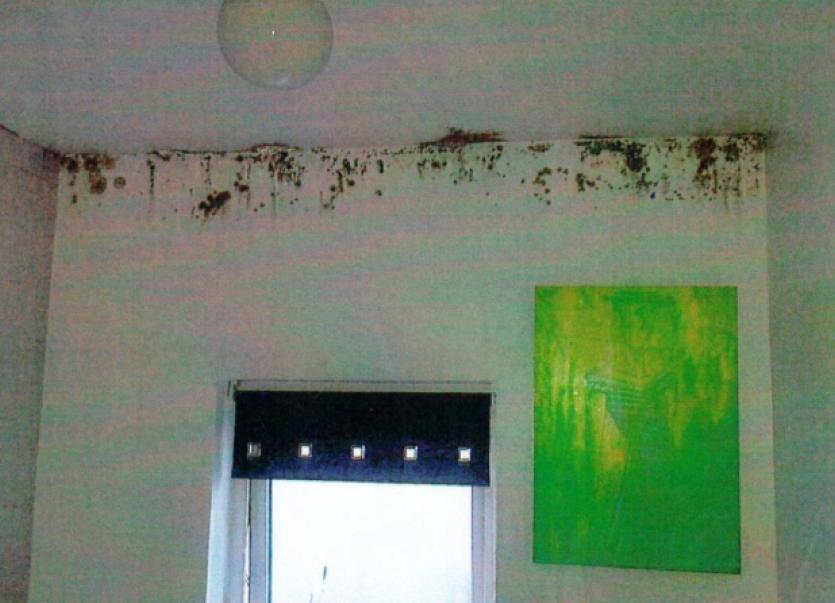 RESIDENTS in a Clúid Housing Association estate in Gortboy, Newcastle West are having major problems with damp and mould in their newly-built homes, local councillor Jerome Scanlan has claimed.

RESIDENTS in a Clúid Housing Association estate in Gortboy, Newcastle West are having major problems with damp and mould in their newly-built homes, local councillor Jerome Scanlan has claimed.

“This is Newcastle West’s equivalent of Priory Hall,” he declared when he raised the issue of Chestnut Grove at a meeting of local councillors. The ten houses and three apartments in the development cost €2.5m to build and were first occupied in December 2010. “At the time, Cluid could have bought twice the number of units or spent half the amount of public money,” Cllr Scanlan argued “But if that wasn’t bad enough, there are major problems with these houses.” .

Within three weeks of occupation, mould spores had developed, councillors were told. Dampness is a major issue in at least six house and the damp proof course in houses is also a concern. In addition, water is ponding in back gardens. “In my view, it was the worst possible valule we could have had,” Cllr Scanlan said and he argued that whoever had signed off on the project from Cluid should be asked to a meeting and brought to account.

“Clúid were spending public money administered through the council,” Cllr Michael Collins said, pointing out that both Clúid and Limerick County Council had had engineers on the project. “If the work is not satisfactory or up to building regulations they have to answer for that.”

“It is absolutely ridiculous,” Cllr Damien Riedy said. “These houses are only two to three years old. If this is happening now on a small scheme what is it going to be like in ten years.”

But there was no response from Clúid to the issues raised at the time of going to press.

Meanwhile, councillors were told that Clúid can now, at last, move on to an unfinished housing estate on the Clash Rd, Abbeyfeale where it has acquired 12 of the 24 unfinished houses.

“They now have the legal right to go in and do the works,“ council area engineer Jimmy Condon told councillors. “The next stage is to go to tender to finish off 12 houses.” Clúid would also develop a green area, he said, and he expected the houses to be ready for occupation in February 2015.

Questioned by Cllr Liam Galvin, Mr Condon said the council was obliged under planning permission to provide public lighting and footpaths but the developer will be putting in the pipework.

However, Cllr Galvin believes there are many questions still to be answered. “We have to welcome the news that Clúid is going ahead with finishing 12 houses,” he said but asked: “What about the other 12 houses? What are the developer’s intentions? Is he going to complete them or leave them idle? A decision needs to be made.”

He pointed out that neighbours on that section of the Clash Rd had expected the project to be a private housing estate. But, Cllr Galvin said, it will now be at least, half social housing. “If the developer doesn’t finish these houses, I think they should be demolished,” he said. The 12 houses have no windows and have roof-timbers and felt but are not slated.

Cllr Galvin wants the Director of Planning, Clúid and the developer to meet with councillors. “Who is the developer,” Cllr Galvin asked. “I haven’t been told.” It was his understanding that the site had changed hands twice if not three times.

A special meeting of councillors is to be organised to which Clúid will be invited where both estates will be discussed.