House on Limerick’s NCR sells for half its €1.2m price 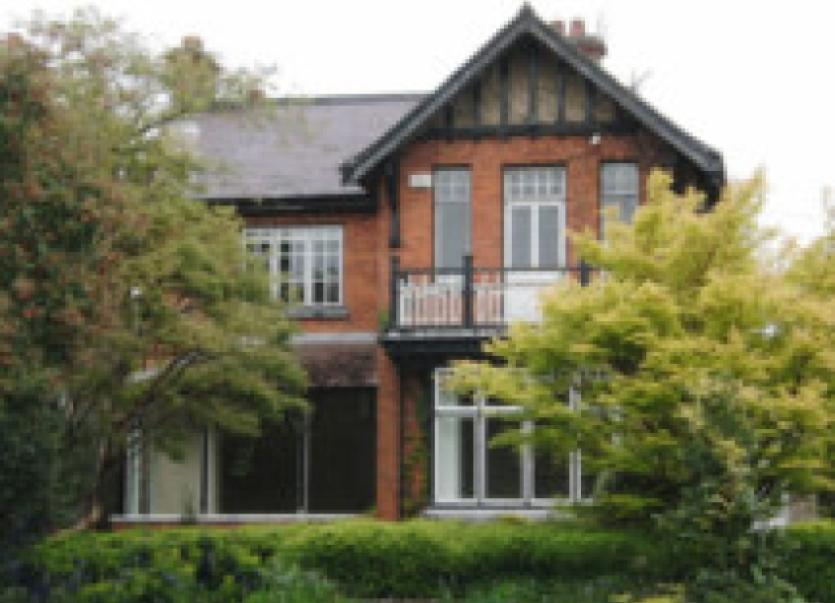 IT WAS once a million euro residence, but a house on Limerick’s North Circular Road has sold for €570,000 - three years after it was put on the market for €1.2m.

IT WAS once a million euro residence, but a house on Limerick’s North Circular Road has sold for €570,000 - three years after it was put on the market for €1.2m.

Rhorkee, a five-bedroomed house with four bathrooms in one of Limerick’s most exclusive addresses, was earlier reduced to €950,000, a drop of 20.8%, in a bid to lure a buyer, but overall its current value has fallen by more than 50%.

The database of the Property Price Register, which discloses the sale prices of all properties in the country, revealed that the house was sold on December 4 last.

Built in the 1920s, the two-storey house is said to be in need of refurbishment, but possesses a lot a character and has retained many of its original architectural features.

It was one of 76 properties which sold in Limerick in December, and the most expensive house to sell that month, followed by No 42 The Village in Adare Manor for €425,000.

For the purposes of comparison, the register reveals the sales of all houses, and is searchable by area.

No 8 Eden Court on the North Circular Road, a four-bed property with three bathrooms, is currently for sale for €525,000.

However, the rate of sales has slowed considerably in comparison to previous years. In December 2012, 136 houses sold, in 2011 there were 73 sales that month, and 89 sales were registered for December 2010. The sale prices of just three properties in Limerick have been entered to date for January.