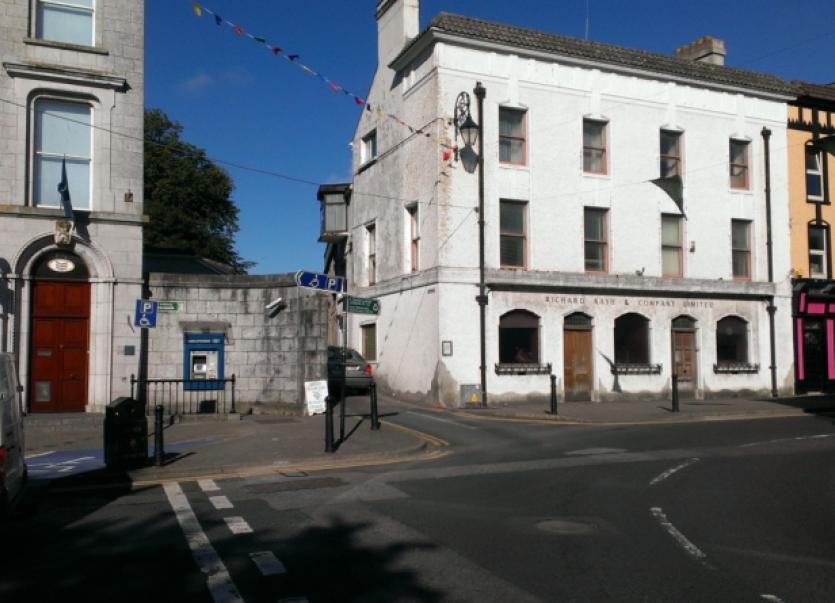 DISCOUNT retailer Aldi has formally submitted plans for a proposed 1,500 square metre supermarket in the centre of Newcastle West.

DISCOUNT retailer Aldi has formally submitted plans for a proposed 1,500 square metre supermarket in the centre of Newcastle West.

If the plans are approved by Limerick County Council, the project will see the German retailer develop the old Nash’s site between the Castle Demesne and the rear of Church Street, creating up to 30 new jobs.

The planning application, which had been expected for a number of months, comes after a number of pre-planning meetings between the supermarket chain and council officials. A decision on the plans is due by October 16.

The project will see the demolition of a number of existing structures on the site, apart from the current ESB substation, allowing for the construction of a single storey supermarket and off licence area with a total of 1,140 square metres of retail space. Including storage and staff areas, the building will comprise slightly over 1,500 square metres of total floor space.

Aldi also intends to upgrade Nash’s Lane to allow for pedestrian access to the site. The main access point for cars and other vehicles will be via the Demesne, where the company intends to erect a double sided illuminated sign.

The company also intends to include 101 car parking spaces in the development, as well as designated areas for bicycles and buses. The total size of the site which the company intends to develop is 0.9 hectares.

The formal submission of Aldi’s plans for a Newcastle West store comes after several steps were taken by the county council to facilitate the project. The company is understood to have been assessing sites for a local store since 2011, and decided on its preferred location last year.

Local councillors were briefed about the store’s intentions earlier this year, after meetings were held between the supermarket and senior planning officials. In April, councillors agreed to alter local traffic bylaws to allow the removal of several on-street parking spaces at the bottom of Church Street, which the supermarket feared could create a bottleneck for traffic heading to and from the store.

Limerick County Council director of planning and economic development, Tom Enright, said that the new store would “bring people back into the centre” of Newcastle West, as well as creating construction and retail jobs.