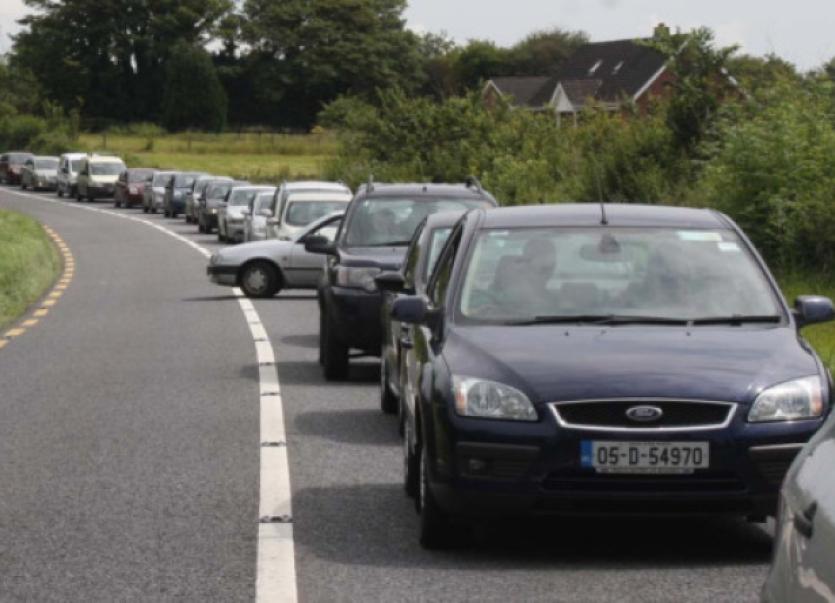 LIMERICK County Council remains committed to providing a bypass in Adare. But it now looks likely that the process of selecting a route must begin all over again.

LIMERICK County Council remains committed to providing a bypass in Adare. But it now looks likely that the process of selecting a route must begin all over again.

Since the chosen (southern) route was turned down by An Bord Pleanala last October, months have passed trying to clarify exactly what the terms of the refusal actually meant.

But the clarification provided by An Bord Pleanala subsequently proved to be none too clear and as a consequence, the council sought a meeting with the Bord to try and improve on it.

But this request was turned down by Bord Pleanala, on the grounds it was not permitted in law.

Now, according to senior engineer Tim Fitzgerald, the council has applied to the National Roads Authority for funding to proceed with selecting an alternative route. – and they are currently waiting for the NRA’s reply.

However, critics have argued that time has been lost. The by-pass route selected in 2008/2009 was designed to link up with the proposed motorway, the M20, between Limerick and Cork.

But the M20 proposal was jettisoned due to lack of funds in 2011. The council however did not withdraw their by-pass proposal when this happened, claiming it was a stand-alone project.

“It was a road going nowhere,” one critic in Adare described it. Yet it was to be the following year, October 2012, before by-pass was formally rejected by An Bord Pleanala.

Now, it would appear, the council must go back to the drawing board - that is, provided they get funding for a new, route selection process.

Mr Fitzgerald pointed out, however, that a lot of surveys and investigations had been carried out and these would feed into any new selection process. Some information, he added, would probably have to be updated somewhat.

And he did not rule out the northern route as a possibility. This northern route, decided upon in 2005, remained the chosen route until the M20 proposal was thrown into the mix and a new, southern route selected.

But the northern route raises issues about habitat proectection.

The banks of the Maigue from the Shannon to the bridge in Adare are designated a Special Area of Conservation. And while it is not impossible to run a road, bridge or tunnel through an SAC, the project has to demonstrate an underlying public interest, any impacts have to be measured and the issue of having no viable alternative has to be addressed.

Meanwhile, however, land along the rejected, southern route continues to be “sterilised”, an issue which has caused some annoyance to property owners along the route.

“I can understand sterilising land along a route where you are applying for permission to build a road but it makes no sense when planning for that route has been rejected,” one Adare resident, who asked not to be identified, pointed out.

The matter is expected to get another airing at next Monday’s meeting of Limerick County Council.