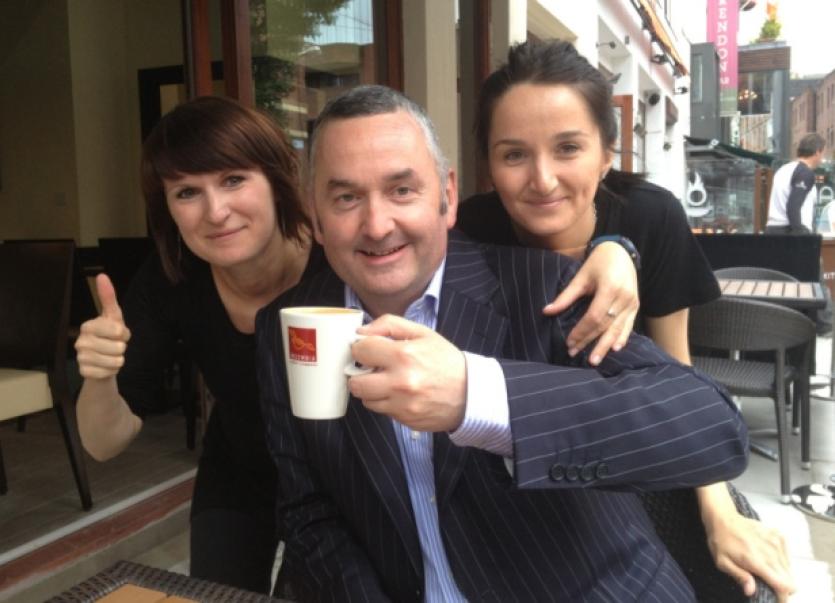 BOSSES at Insomnia Coffee are scouting Limerick for more locations to open up outlets in.

BOSSES at Insomnia Coffee are scouting Limerick for more locations to open up outlets in.

It comes after the opening of its third city store at the Parkway Shopping Centre.

Company chief executive Harry O’Kelly was in Limerick last week and said: “Assuming a location presents itself, we will definitely be there.”

“We are hopeful [of more]. Limerick is a major city. We have always found trade there very positive, and we are really looking both in the city and its suburbs for more locations assuming they present themselves,” he told Business Leader.

The company is looking to locations which measure around 1,500 square feet, and offer both an outside area, and the possibility of trading seven days a week.

Meanwhile, the company has created six new positions with the opening of its store in the Parkway.

It means there are now three Insomnia branches, with the Parkway unit joining concessions at Eason’s and in the Limerick Institute of Technology.

Mr O’Kelly believes the number of positions at all three branches will grow.

“I think there is a bit of seasonality with every jobs announcement. We are just coming back into September, into term time, so we expect our staffing numbers to grow steadily in all stores,” he said.

On the Parkway Shopping Centre, he reserved special praise for manager Roger Beck and his team, saying: “they have been terribly helpful in facilitating the opening of the store, which has made it easier for us. We are very appreciative of it.”

The Parkway, he added, “is a very well established shopping centre, anchored by Dunnes. There are some new openings happening there, it is on a main arterial route into Limerick, and we are really enthused by what is happening there.”

Despite this, Mr O’Kelly says Insomnia has “noticed no effect on our trade”.

“The Easons demographic is different - they are incredibly loyal. There was a coffee shop there before us, and we have managed to retain these customers,” he said.