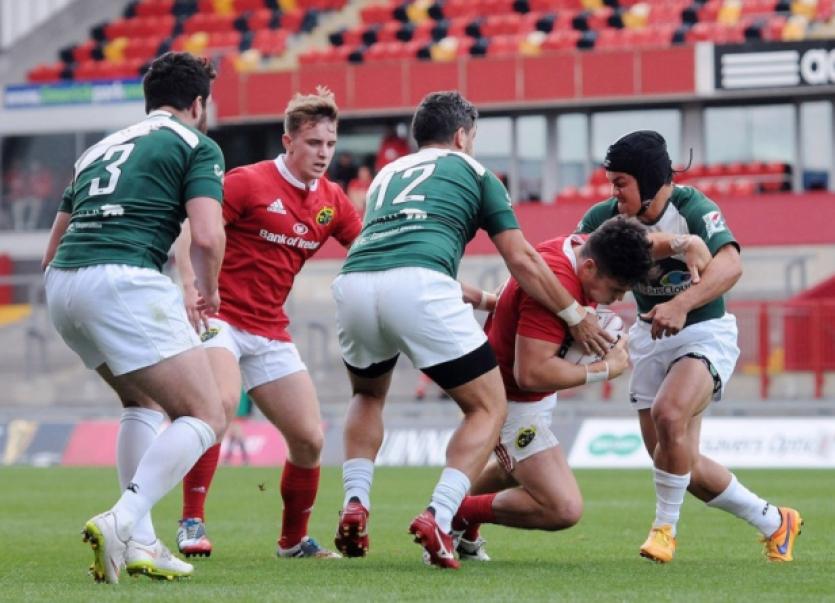 LIMERICK Marketing Company is to be called to account for its substantial support of the recent World Club Sevens event, numbers for which where “extremely disappointing”, according to one board member of the company.

LIMERICK Marketing Company is to be called to account for its substantial support of the recent World Club Sevens event, numbers for which where “extremely disappointing”, according to one board member of the company.

Eoghan Prendergast, head of the council’s marketing arm, will be asked to explain the impact of an event that drew a paltry crowd to Thomond Park over two days.

A tournament organiser who works for private company Limerick World Club Sevens Ltd that ran the event, confirmed that it cost in the region of “€300,000 to €400,000 to run”, with the Marketing Company’s backing believed to be in the order of at least €150,000 on an annual basis.

The tournament drew a crowd in the hundreds on the Friday and substantially less than the total 4,500 figure that was claimed overall. A five-year deal is in place to run it and the Marketing Company has vigorously defended its investment in the event.

Mayor of the Metropolitan District, Cllr Jerry O’Dea, said: “Like any project, you have to question and do a cost benefit analysis. Last year it got off to a reasonable start, but I think this year there is no doubt that the attendance was a bit disappointing - and a big part of the problem seems to be where it lies in the calendar.

“In terms of the marketing spend, relative to other things, there is no doubt that the return isn’t what we would like.

“I will be asking the Marketing Company to come to a council meeting in the near future, maybe to elaborate on their plans going forward and how we can join up thinking.”

Labour councillor Joe Leddin, who is a board member of the Marketing Company but said he wasn’t privy to the contractual arrangement in place for the event, admitted that the numbers attending were “extremely disappointing – relative to the amount of public money that has been invested”.

“It is a significant amount of money. When you are talking about this kind of money, there has to be proper accountability. I am not saying that there isn’t – but because of the level of monies that are there, relative to the economic impact on the city, I just don’t think it is there,” he added.

“I expect them to produce a detailed post-event report that would do an in-depth analysis of the event and present that to the board of the company.

“I will be expecting and I will be asking at the next meeting for a copy and a presentation to be done.

“The reality is, when we are spending public money, we have to be accountable for that money,” he added.

People involved in running major events in Limerick city and county which do not received any local authority funding contacted the Limerick Leader to express their frustration at the level of support given to an event that appears to have had little or no impact.

None were prepared to speak on the record, for fear of jeopardising their own prospects of future funding, but several expressed dissatisfaction at the significant level of support committed to the World Club Sevens event.