Castleconnell at its stunning best as nature trail opens 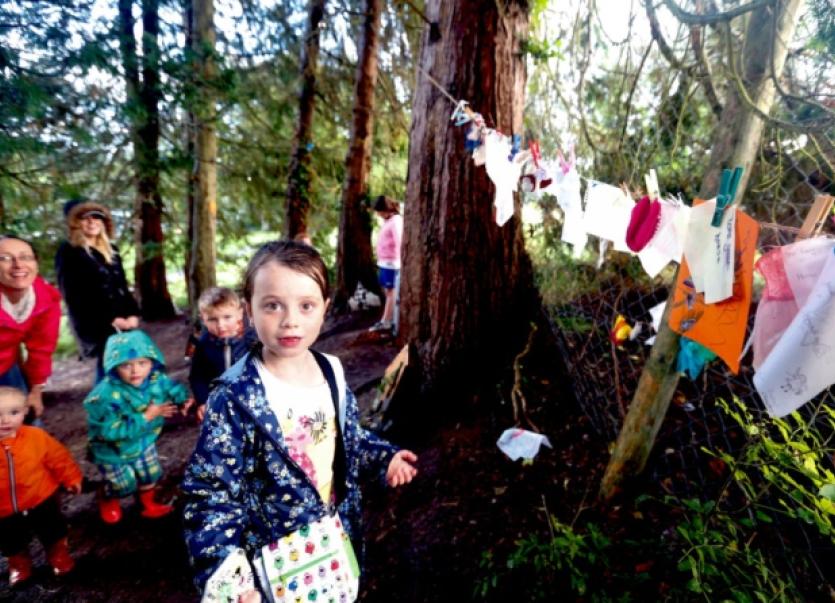 MONSOON-like rain may have fallen from the skies over Castleconnell but it did nothing to deter the 80-strong group who, armed with their wellies and brollies, turned out in force for the relaunch of a revitalised and quite stunning local nature trail.

MONSOON-like rain may have fallen from the skies over Castleconnell but it did nothing to deter the 80-strong group who, armed with their wellies and brollies, turned out in force for the relaunch of a revitalised and quite stunning local nature trail.

Led by author, lecturer and broadcaster Éanna Ní Lamhna – who has one of the most distinctive voices on Irish radio – the group set off on the mile-long walk along the banks of the Shannon.

At one point, the scenic landscape was framed beautifully by a stunning rainbow, as captured by photographer Keith Wiseman in the shot opposite.

A nature trail has been in existence in the area since the early 1980s but, over time, had fallen into disrepair.

“All the markers and so on had disappeared so when we decided last year to revamp it, we contacted Éanna Ní Lamhna, who was the person who had done it originally back in the 1980s,” explained John Hardiman, a very active member of the Castleconnell Tidy Towns committee.

“She came down for a day or two and she walked the trail and came up with new narratives on what exactly we should talk about.” While Éanna created up to 14 narratives for the trail, committee member Vincent Warfield worked diligently on creating hand illustrations for over 100 plants, animals and fish.

“He hand-drew all of those and then we worked with a number of people to get those fabricated. From there, we manufactured larch posts, as in the timber larch. The signs are like the finger posts you would have anywhere in the city saying ‘The Hunt Museum’ and other places, except they are on a swivel. There is oak, lime, sycamore, salmon, brown trout, and several of the local bat species on the trail,” John explained.

The group headed off from The Ferry carpark – beside the playground – and returned to the parish hall afterwards for refreshments.

“There were about 80 people and we literally had a monsoon - it rained almost incessantly but people battled on and Eanna Ni Lamhna was just incredibly engaging. It was a great evening. We convened then back at our local hall and we had tea, coffee and refreshments just to recharge the batteries a little bit,” smiled John.