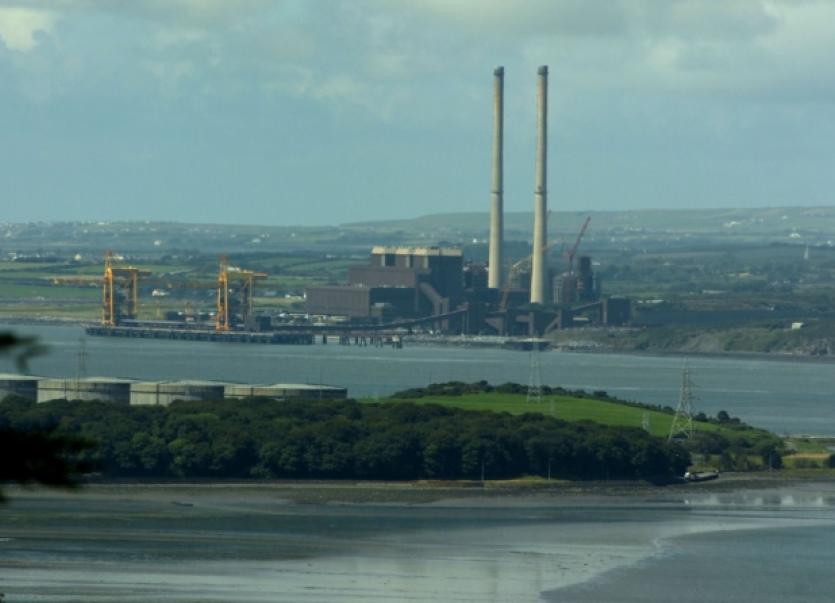 The Shannon Estuary is home to the two biggest individual producers of carbon dioxide emissions in the country with the Moneypoint power station and Aughinish Alumina between them responsible for a total of 5.2m tonnes of CO2 in 2013.

The Shannon Estuary is home to the two biggest individual producers of carbon dioxide emissions in the country with the Moneypoint power station and Aughinish Alumina between them responsible for a total of 5.2m tonnes of CO2 in 2013.

However, the latest figures from the Environmental Protection Agency (EPA) show that the total volume of carbon dioxide, nitrogen oxides and sulphur oxides released by these plants was down compared to the previous year.

The ESB-owned Moneypoint power plant continues to be the single biggest carbon dioxide producer, emitting 3.9m tonnes of in 2013, down from 4.6m tonnes the previous year.

The plant also produced 4,891 tonnes of nitrogen oxides and 7,163 tonnes of sulphur oxides.

Aughinish Alumina was the second largest producer of CO2 emissions, with just over 1.3m tonnes in 2013.

Particulate matter releases were reported by the two facilities. According to the EPA, total releases increased by 5% to 402,815 kg in 2013 which it attributed to variations in production at Aughinish Alumina. Releases at ESB Moneypoint (213,180 kg) reduced by 11% between 2012 and 2013.

The figures are contained in a report on Ireland’s Pollutant Release and Transfer Register (PRTR) for large industrial facilities.

The report details the releases of specific pollutants above certain thresholds - to air, water, wastewater and off-site transfers of wastes - from facilities covered by the register.

Also included is the Irish Cement plant in Mungret which sent 3,270 tonnes of hazardous waste out of the country for disposal in 2013.

The reports also shows that the Gortadroma landfill site, which has been closed since last year, produced a total of 3,422 tonnes of methane - another greenhouse gas - in 2013, an increase of almost 600 tonnes on the previous year.

Overall, releases of carbon dioxide (CO2) decreased by 9% compared to 2012 which the EPA says is largely attributed to more renewables and less carbon-intensive fuels being used to generate electricity.