Boost as new outlets are set to open in Limerick 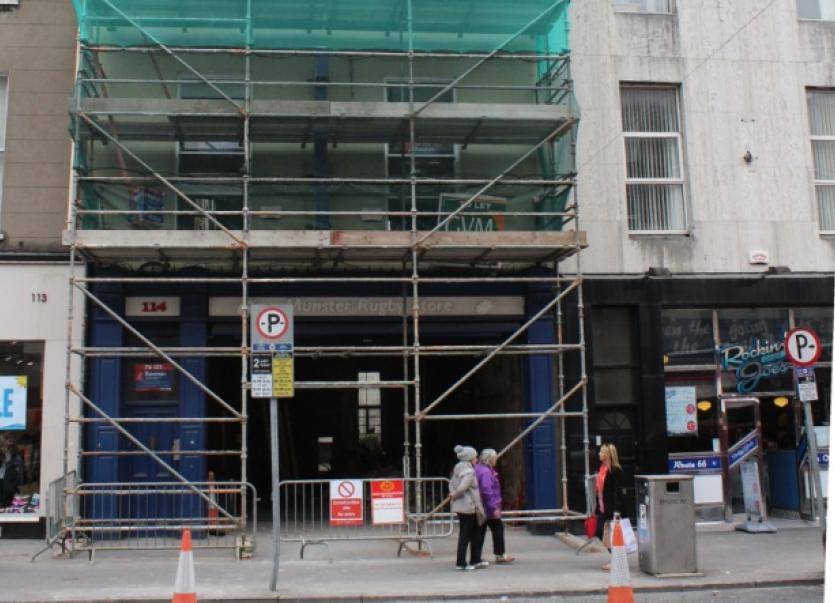 The store, headquartered in Bury, Greater Manchester, is to open in the former Champion Sports store at Cruises Street. It comes after Champion was taken over by JD Sports.

It will be the sports store’s second outlet in Limerick, joining a branch at the Crescent Shopping Centre.

In addition, the former Munster Rugby store in the heart of O’Connell Street is undergoing a refit in the expectation that a new operator will move there shortly.

As a result, the firm closed the Munster store, and moved the stock to its outlet at William Street.

But now it looks like the outlet could be back in use again after scaffolding was erected at the entrance, and workmen entered the site.

Gordon Kearney, Rooney’s Auctioneers, said: “There are a number of different tenants looking at it, but there is no deal done yet. It will be let, but we just don’t know who as of yet. We have been speaking to all types of retailers. There are quite a number of proposals, and it will ultimately be up to the landlord to decide who goes in there.”

Opposite the former Munster store is the old Black Tie store, which has remained vacant since January 2013 when this business collapsed into liquidation.

Mr Kearney confirmed this store has been sold, and the ‘To Let’ signs will be put up in the coming weeks.

Helen O’Donnell, who chairs the Limerick City Business Association, welcomed the immediate filling of a vacant unit at Cruises Street.

“It is really important that Cruises Street maintains its percentage of occupancy. There is lots happening there, especially with the urban garden which is opening, this is another bonus,” she said.

She says scaffolding outside the Munster store “means people are looking at Limerick, and this is what we have been pushing for for a long time.”

But Ms O’Donnell warned the retail mix must be right - in that there needs to be a diversity of business, with an oversupply of coffee chains in the centre at present.

“But we are building on a strong base. People see value in promoting the city, and this is a real positive,” she concluded.