Limerick properties worth €3.7m up for auction 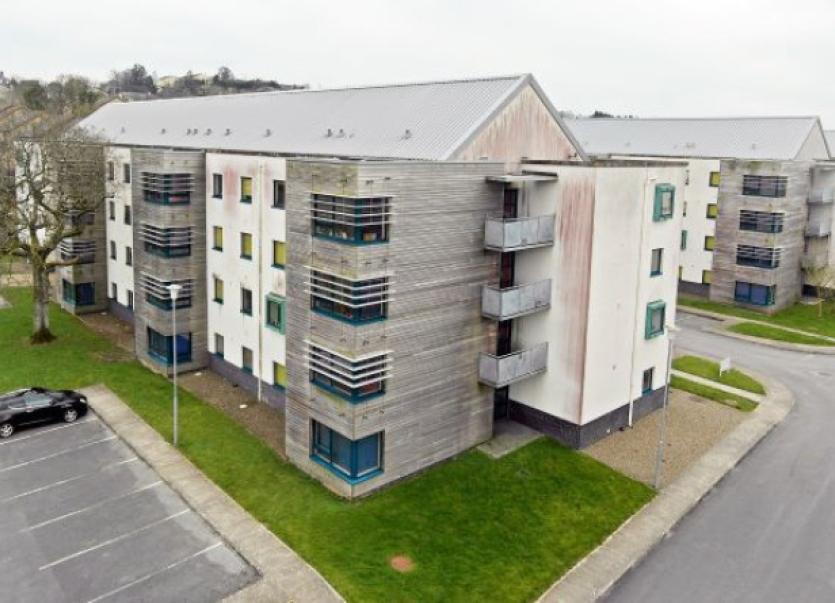 STUDENT apartments, houses and commercial properties in Limerick worth some €3.7m will be up for auction in the next Allsop Space sale.

STUDENT apartments, houses and commercial properties in Limerick worth some €3.7m will be up for auction in the next Allsop Space sale.

Taking place in the RDS in Dublin on April 21 and April 23 next, the auction will feature 218 residential lots of properties throughout the country, and 113 commercial lots.

Lot number 17 - Block 8 Brookfield Hall Student Village, Castletroy, is the third most expensive lot of the day, with a reserve of €1.65m.

The second most expensive in Limerick is a set of 19 two-bed apartments in the Steeples, Mulgrave Street, within a development of 59 apartments. The properties have a current rental income of €116,100 per annum.