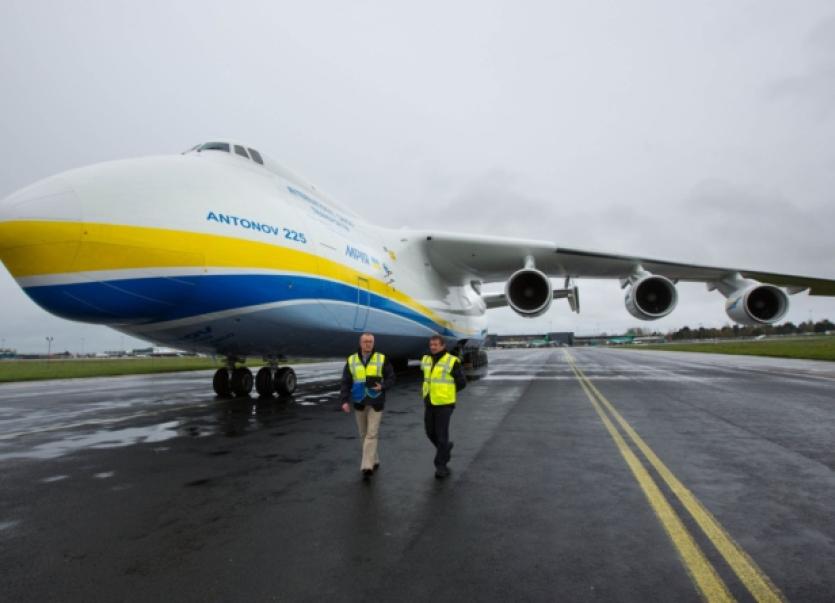 THOUSANDS of people gathered at vantage points in and around Shannon Airport on Sunday to catch sight of the world’s longest plane on Ireland’s longest runway.

THOUSANDS of people gathered at vantage points in and around Shannon Airport on Sunday to catch sight of the world’s longest plane on Ireland’s longest runway.

The Antonov 225 - originally built by the Soviets for their space shuttles to piggy-back on - stayed overnight in Shannon while en route from the USA to France. It is 84 metres long and stands almost seven storeys high.

Head of airport operations Niall Maloney said that 20 car loads of people were already waiting when the world’s heaviest cargo plane landed at 2.45am. And airline enthusiasts from all over Ireland made their way to Shannon on Sunday, causing a mile-long tailback, as news of the arrival spread.

“It’s an incredible aircraft and when you see it on the taxiway here and can put its size into perspective, it’s almost unbelievable that it can get up into the skies, let alone be as graceful when it’s up there,” Mr Maloney said.

The Antonov 225 is one of a kind and last visited Shannon in 2013. Shannon, by having the longest runway in the country, is the only airport at which the giant can land.

“We love having it here. The excitement around its presence is great and creates a great buzz. We had people coming and going all day to see it,” Mr Maloney said.