Mayor of Limerick shot down over proposed 18-day US trip 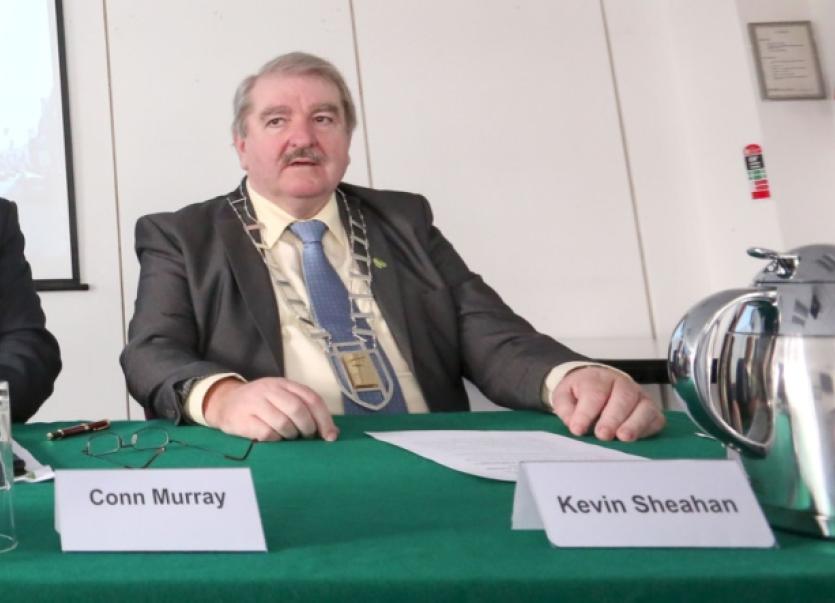 THE Mayor of Limerick was this Wednesday forced into a climbdown over a proposal to go on an 18-day tour of four cities in the United States.

THE Mayor of Limerick was this Wednesday forced into a climbdown over a proposal to go on an 18-day tour of four cities in the United States.

Ahead of a special meeting of Limerick City and County Council, members were told of Mayor Kevin Sheahan’s proposal to visit New Brunswick, Boston, Kansas and Santa Clara.

But a late intervention from both Fine Gael and members of his own Fianna Fail party forced Cllr Sheahan to cut his trip substantially.

He will now only visit Boston for three days to discuss a formal twinning with the Massachusetts state capital at a date to be set.

One Fine Gael councillor – speaking on condition of anonymity – said the 18-day trip was just “not justifiable”.

“If it was, we would support it. No firm proposals were put in front of us. We need to know who is inviting him, what it is costing, and what was going to happen as a result. Without this information we could not back it,” the councillor told the Limerick Leader.

It is understood Mayor Sheahan’s intention became clear at a Tuesday night meeting between Fine Gael and Fianna Fail councillors.

It set in train frantic meetings in the hours leading up to Wednesday’s 3pm meeting as both Fianna Fail and Fine Gael councillors tried to get the mayor to truncate his trip.

Raised voices were heard coming from both parties’ rooms, with one Fianna Fail councillor saying he is “appalled” upon emerging from his own group’s meeting.

“How can we justify this in the current economic climate,” he asked.

When the meeting got under way - 10 minutes late after discussions overran - Mayor Sheahan confirmed he intended to take up an invitation from his counterpart in Boston, Marty Walsh to travel stateside.

He said that on the advice of the auditor, he should seek the approval of all council members.

“I am informing you of my intention to go. But I can’t go without your sanction,” he said.

He said that Mayor Walsh has connections to the west of Ireland, and warned if Limerick does not set up a twinning with Boston first, another area will.

His party colleague, Cllr Kieran O’Hanlon proposed the trip, and it was seconded by Cllr Mike Donegan.

But Anti-Austerity Alliance (AAA) councillor Cian Prendiville raised questions over the cost of the trip, and asked to see a full itinerary.

His intervention was met by groans from much of the chamber, with Labour councillor Frankie Daly saying he is “disgusted” with his northside rival’s attitude.

“It is just negativity after negativity. It is not nice, and it is not done in a very dignified way. There is a cynicism and a very nasty tone to what you say,” Cllr Daly said.

Meetings administrator Eugene Griffin confirmed the trip for Mayor Sheahan and one council official would cost €5,100.

Sinn Fein Cllr Maurice Quinlivan said having a connection to Boston is hugely important to Limerick, offering both cities the potential to grow.

Cllr Seighin O Ceallaigh said twinning would provide Limerick with a “massive” tourism boost, and for the number of jobs it could create “€5,000 is worth the investment.”

Cllr Jerome Scanlan, Fine Gael, added: “The cost is not that extravagant given the parity of the Euro to the Dollar now.”

The visit was passed by a majority of councillors with the three AAA members abstaining.

Asked about his original proposal after the meeting, Mayor Sheahan said: “We had eight invitations from different parts of America where we have connections to. I looked at possibilities of where we could go to and where we could not go to. To be truthful, a trip to Boston is sufficient for me right now.”