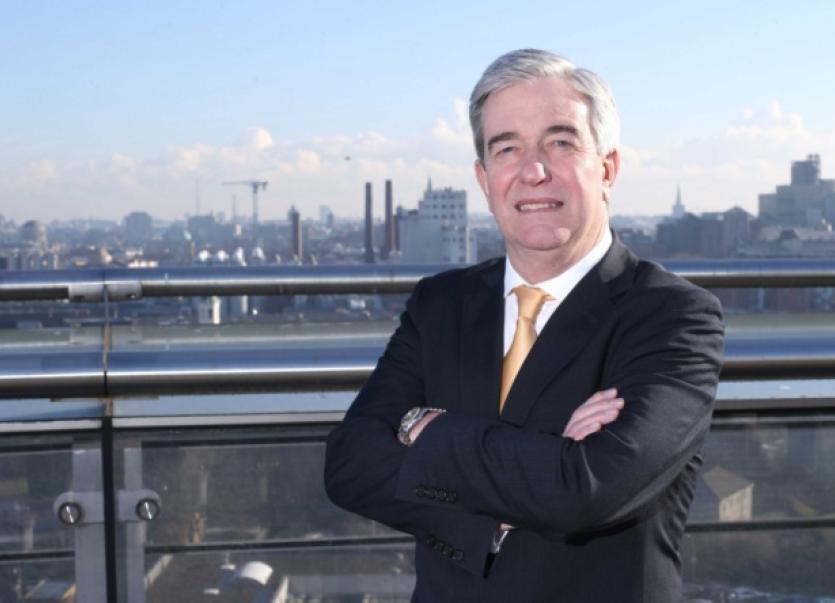 EIRCOM will have its 100MB broadband service available to 66,200 homes and businesses all over Limerick by next summer and is already working on providing a 1GB service for Limerick City and Shannon in the near future, according to CEO Richard Moat.

EIRCOM will have its 100MB broadband service available to 66,200 homes and businesses all over Limerick by next summer and is already working on providing a 1GB service for Limerick City and Shannon in the near future, according to CEO Richard Moat.

Some 50,000 households in Limerick (in the city, its suburbs, Newcastle West and Caherconlish) can already get 100MB download speed as part of the company’s €400 million investment in fibre networks.

Askeaton is the next place to go live and towns and villages from Athea to Oola will be covered by mid-2016, according to Mr Moat.

He was speaking to the Limerick Leader after briefing dozens of the company’s 143 Limerick staff on financial results and strategic plans at the Pery Hotel this Wednesday.

And in a week when the joint venture between the ESB and Vodafone to deliver a 1GB fibre broadband service to cities and major towns hit the headlines, Mr Moat predicted Eircom would beat its competitors to the punch. A service at that speed could see a customer download a Hollywood movie in about a minute and Limerick, Shannon and Ennis are among the 66 urban centres where Eircom is preparing to deliver a 1GB service.

“We are rolling out fibre to the home in these 66 communities, exactly the same that ESB and Vodafone joint venture have said they are going to. This is our strategic response. We are actually building in 16 of these towns at the moment. We will be going on to 66 over time and we hope to get regulatory approval to start selling this product in the summer. The most recent announcement I saw from Voadafone was that they were going to launch at the end of 2015 at the earliest so we will be launching well before that,” Mr Moat said.

Eircom is also preparing to make a bid under the government’s National Broadband Plan that will see superfast broadband delivered to every home in rural Ireland by 2019.

The company has already trialled a 1GB service to dispersed, isolated homes around Belcarra in County Mayo.

And delivering high speeds - first to 66 regional centres and by 2019 to the most isolated communities - could, he said have a revolutionary effect on the west of Ireland. Before long, a farmer halfways up a mountainside in Tournafulla could have faster broadband than a Google or Facebook employee at home in their overpriced Dublin apartment!

“They can expect to have as good a service as they have in Dublin if not better. In fact in some ways, the irony in this is that because of the focus which we are placing on fibre to the home and which the government is placing on fibre to the home as the probable technology to deliver the National Broadband Plan, you are almost creating a reverse digital divide where you will have faster speeds the further away from Dublin that you live,” Mr Moat said.

“We have seen in Mayo how that can revolutionise small businesses and that will give people the opportunity to live and work in rural western Ireland so that they don’t have to migrate to the cities. It gives them new possibilities.

“We really think this is going to have a transformational effect on rural Ireland just like they say electrification did 50 and 60 years ago. This is something on that scale in terms of infrastructural development so I am really excited about that,” Mr Moat said.