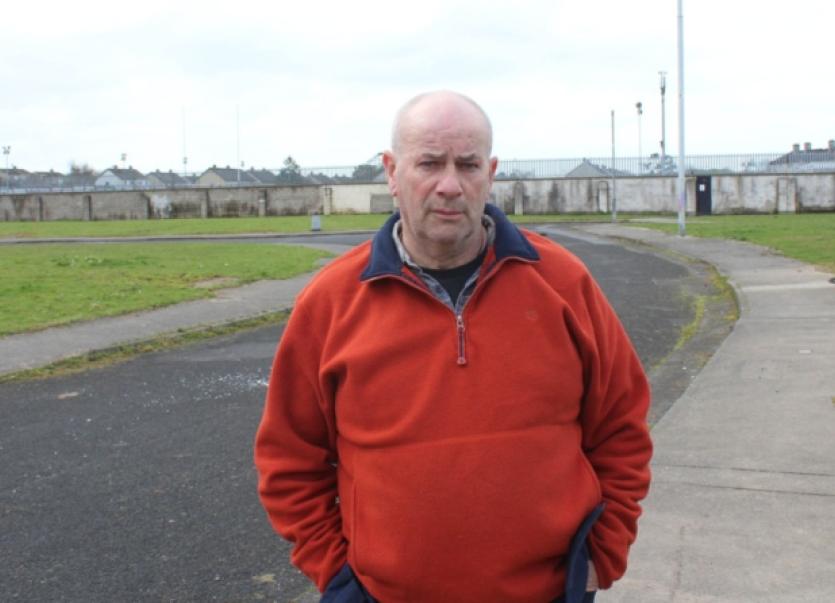 AFTER 30 years in Craeval Park, Moyross, one of its few remaining residents says he would be willing to move to accommodate regeneration plans – but only if he gets a fair price for the house he worked years to buy.

AFTER 30 years in Craeval Park, Moyross, one of its few remaining residents says he would be willing to move to accommodate regeneration plans – but only if he gets a fair price for the house he worked years to buy.

According to the €300 million Limerick Regeneration Framework Implementation Plan (2013), the plan is for “the complete demolition of Pineview Gardens and Craeval Park to make way for a linear neighbourhood park”.

Limerick City and County Council said this week it could not discuss negotiations with individual homeowners but Christy Hehir asserts that three options have been laid before him.

From his discussions with council officials, Mr Hehir understands he would own the property under the third option - but with considerable strings attached.

He said he was at one stage asked to consider moving to one of the 34 new units at the mixed development at Cliona Park, the first housing scheme built under the regeneration programme.

While the Cliona Park development has won a national design award, Mr Hehir claimed “they are anything but greatly built.On February 19 last, they were back at one of the first houses built in Moyross, redoing the roof of one of them,” he asserted.

“When I said to the regeneration that if I gave up my house for the apartment in Cliona, would the apartment be mine and they said yes.

“So I said that if I died could I leave it to my son or daughter with maybe four or five kids, they said no, they would have to rethink that because the apartments were for the over-50s and that nobody could go in with kids.”

When Mr Hehir was one of the first tenants allocated a house in Craeval Park 30 years ago, there were over 80 houses in the development. Today, he says there are only 14 houses left standing here and there and, of them, only six occupied.

Mr Hehir worked for years in Morgan McMahon’s timber yard, at Dell, in security and only recently retired on health grounds.

“I worked all my life and was able to buy my house,” he said.

Today, he accepts that €40,000 is the market price for that house but he believes Limerick City Council has a lot to answer for in relation to depressed house prices in regeneration areas.

“They made the market rate on my house by not looking after the place right. When I first went into Craeval Park there was great community spirit. A man lived across the road from me in a bungalow. He went around every Friday night and collected 50 pence to buy and maintain a lawnmower, brushes, shovels and spades that if we needed to borrow them we went across and got them. You could work away on your thing and bring them back.”

Mr Hehir cites the surrender grant of £5,000 offered by the council in the 1980s to help its tenants buy homes elsewhere. This scheme has been blamed in several reports for destabilising council estates in Limerick by offering an incentive to better off families to pack up.

Mr Hehir recalled that when he was still a tenant of the council’s, “they turned around and offered thousands to everyone if they wanted to move out of a house they were renting”.

“The thing was my ex-wife did not want to move. So we stayed. All of a sudden Craeval Park starting going downhill because they had to get people into the houses. Anyone and anything was put into those houses,” he said.

Mr Hehir contacted the Limerick Leader after a recent story on a planning application by Thomond RFC, since granted, to build a new entrance to their grounds at Craeval Park.

A report stating that two residents had objected to the plans was “a bit misleading when you think that that is one third of the population”, he said.

Mr Hehir’s objections were based around an increase in traffic on match days and training nights, while he also said he had suffered from anti-social behaviour on the part of those leaving private functions at Thomond.

He believes the council is “facilitating” the local rugby club in its plans but not treating long-term residents in Craeval with fairness.

And standing in a desolate Craeval Park this week, he said most of his one-time neighbours had been “scattered to the four winds in every direction” under the regeneration programme.

He too would be willing to move but “only if the price is fair”.

“You try buying a house with €40,000. There is a solicitor in Moyross that gives you free legal advice and she said that what I was looking for was only fair play but what I would probably get was justice, where someone would say to me ‘the Corporation is right, they need that property and now move’.”

While the regeneration plan proposes Craeval and Pineview are to become a linear park, Mr Hehir says there are “all kinds of rumours” locally about what will happen to the land once all the houses are cleared.

This ranged from transferring land to Thomond RFC or to “LIT and UL to accommodate students from China they are bringing over to study. But there have been all kinds of rumours since regeneration came in. There was a while that if you were told they wanted to build a landing strip for aliens, nobody would have batted an eyelid,” he said.

For its part, Limerick City and County Council said the plans for Craeval Park remained as outlined in the regeneration plans. There were “no official talks” with third parties on land transfers and nor were there any plans to introduce a compulsory purchase order in relation to the properties of those few remaining residents who, like Christy Hehir, are holding out.

“Limerick City and County Council has continued to engage with all residents in Craeval Park over the last number of years as is the case in all regeneration areas to meet their individual requirement,” a spokesperson said.

“The Limerick Regeneration Framework Implementation Plan which was adopted last year identifies Craeval Park as open space to be used in that context (i.e. ideally active open space/recreation/sport/park area). This is still the plan for Craeval Park and there are no plans to use any CPOs etc.”

The council said it did not comment on private discussions with individuals in relation to house purchases.

Thomond RFC’s plans, the council noted, had “received a broad welcome from the community including the Moyross Residents Forum, the Community Enterprise Centre and Moyross FC who have lands adjacent to the green area proposed.”

“The proposed opening of an access point into Thomond RFC is consistent with the objectives of the framework -–particularly the one to improve connectivity and permeability between Moyross and the rest of the city – a recent other example of which was the construction of a new entrance to Saint Nessan’s Community College,” the council spokesperson said.