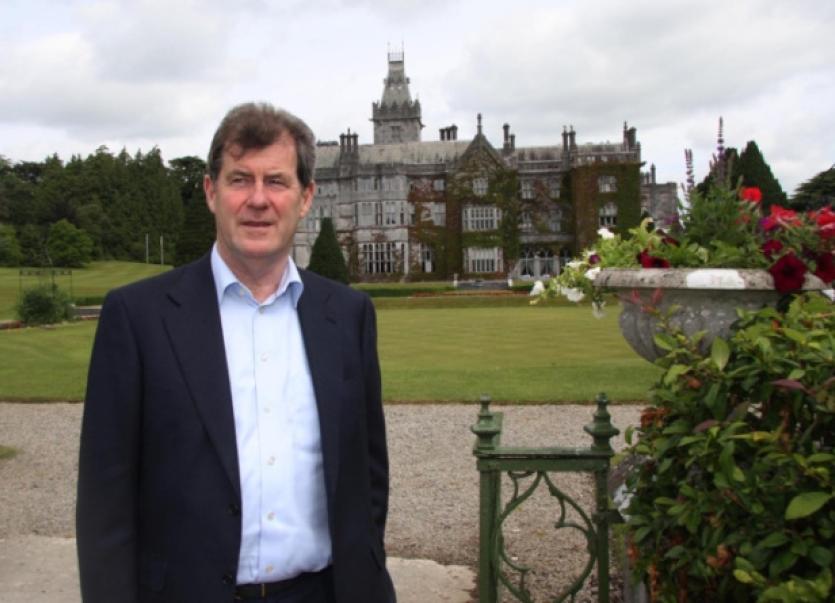 Management at Adare Manor have insisted that there has been “no change in policy” with regard to access to the grounds of the hotel.

Management at Adare Manor have insisted that there has been “no change in policy” with regard to access to the grounds of the hotel.

However, they stressed that the manor was a private property and acknowledged that security checks have become more rigorous in recent weeks in order to ensure that no unauthorised people entered the estate.

Concerns were raised by some locals who regularly walk through the grounds after they were turned away by security personnel at the gate.

Anita Higgins, general manager of the five-star resort said in a statement this week that the hotel’s policy around access had not changed.

“Adare Manor is a private property, we have had concerns from a liability prospective for some time now, so since the latter part of last year we have been checking more carefully that all persons entering the property were patrons, residents, members, staff and customers of Adare Manor,” Ms Higgins said.

One local man who spoke to the Leader said that there was no reason given to walkers who were turned away.

“There is no right of way to walk up there but it has become the norm for people to use it as a walking route,” he said.

“I don’t know what kind of plan the new owners have but I hope it’s not a permanent thing,” he added.

Another local woman said: “we don’t really know what’s going on, although it’s not unusual that they would be doing work at this time of year”.

Meanwhile it was also confirmed this week that JP McManus is the new owner of the resort.

Although it has been known since November that the businessman had acquired the manor, the official handover took place last Friday.

“I am very happy to confirm that as of 30th January 2015, JP, Noreen and the McManus family are now the owners of Adare Manor,” said Ms Higgins.

“We look forward to working with our new owners who have previously hosted two JP McManus ProAm’s here in the past,” she added.

It is believed that Mr McManus paid in the region of €30m for the hotel and golf resort which was put on the market in September.