Companies could ‘quit region’ if Shannon routes are axed 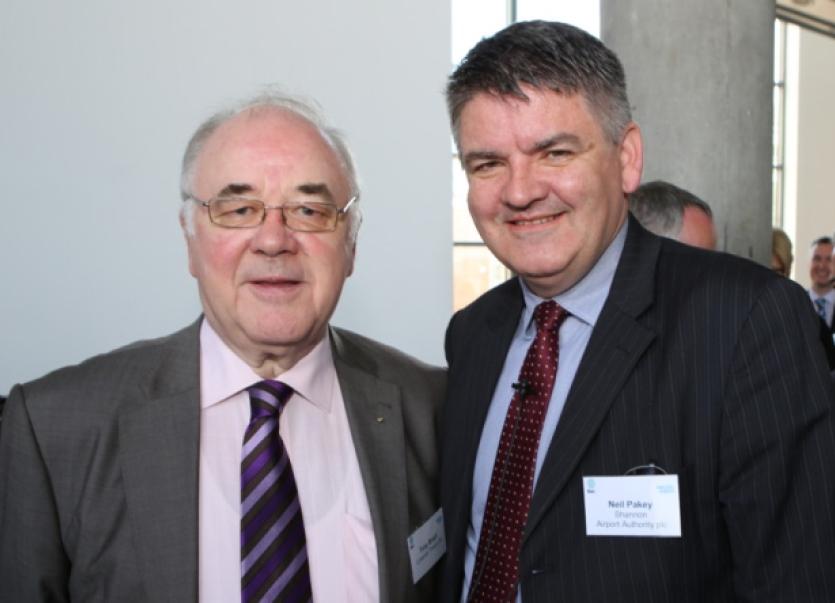 SOME of the Mid-West’s biggest companies could move overseas if Shannon loses its connections with London Heathrow and North America, one of the airport’s board members has warned.

SOME of the Mid-West’s biggest companies could move overseas if Shannon loses its connections with London Heathrow and North America, one of the airport’s board members has warned.

Limerick travel agent Tony Brazil was speaking in the wake of efforts by aviation giant IAG to take over Aer Lingus.

He said the region did not see IDA investment “for years” after the Heathrow slots returned to Shannon in 2009 following a near two-year absence.

In 2007 a lobby was formed to fight the axing of the Heathrow route and the experience then had informed current views on the importance of the slots, he said, adding: “We are not crying wolf any more. We know the huge damage it did.

“All foreign direct investors ask what the connectivity is like in a region. It is a far bigger requirement than it is being given thought to. If they did not have the connectivity, their business would have to go somewhere in the UK,” Mr Brazil said.

With the government facing calls to secure assurances on routes out of Ireland, IAG boss Willie Walsh pledged to retain the slots controlled by the flag-carrier at London’s principal airport.

On top of this, the submission to a review group established by the Department of Transport also contains a promise that the 23 slots controlled by Aer Lingus at Heathrow would be used for Irish routes only for five years.

But local business groups and individuals say this is not enough, with former Shannon Airport board member Tadhg Kearney describing it as “meaningless”.

In a statement, the interim chief executive of the Limerick Chamber Dr Orla Borthwick said the submission does not alter their concerns.

“Assurances that the Heathrow slots will not be sold does not guarantee the frequency of routes to Ireland’s airports, particularly at Shannon; and a five-year guarantee is far too short a timeframe to provide future connectivity certainty which our members throughout the Limerick region require,” she said.

IAG, British Airways’ parent companyt, has said its takeover is conditional on the government approving the offer.

Education Minister Jan O’Sullivan, one of Limerick’s two voices at cabinet, said: “We all know in the Mid-West how significant the connections out of Shannon are to the prosperity of the region, and particularly in relation to the businesses for whom connectivity is very important.”

Ms O’Sullivan said she is restricted from commenting on the commitment from Mr Walsh as the takeover is still in an offer period. But Fine Gael TD Kieran O’Donnell expressed scepticism at the commitment, released on Monday.

“I would like to know what happens after five years. There is no mention of what will happen to the transatlantic routes from Shannon, what the legal status of any commitment is, and what the veto is for Chambers of Commerce. It poses more questions than answers,” the Fine Gael deputy said.

Aside from the prized Heathrow route - which runs between two and three times a day from Shannon - fears have also been raised about the future of transatlantic services in the event of any takeover.

When British Airways was taken over by IAG, many of its transatlantic routes were moved to London Heathrow, and there are fears this could be mirrored here with Dublin taking services from Shannon.

At present, Aer Lingus offers services from Shannon to Boston and New York’s JFK airports. “Shannon Airport would be highly famished financially if it did not have these transatlantic flights,” Mr Kearney explained, “While Atlantic flights only represent one-third of Shannon’s services, they contribute a disproportionate amount of revenue.”

Mr O’Donnell, a member of the Oireachtas transport committee, warned of a “double-edged sword” facing Shannon. “We have put a body of work into building up the infrastructure and creating a multi-national business sector, and a tourism sector all along the western seaboard. I would like to see nothing which would undermine this. It is about ensuring connectivity into the future.”

The Limerick City TD has lobbied both Transport Minister Paschal Donohoe, and the parliamentary party on the issue, with recent claims a takeover could see up to 1,000 jobs axed.

Mr Donohoe said he cannot give a firm view on the bid until more details are known. But Ms O’Sullivan said: “The minister is well aware of the importance of Shannon Airport to the region. I can assure you that we have very strong voices from the Mid-West in government, and we are not in any way holding back on expressing its importance”.