Truly Irish in line to sponsor Munster for a day 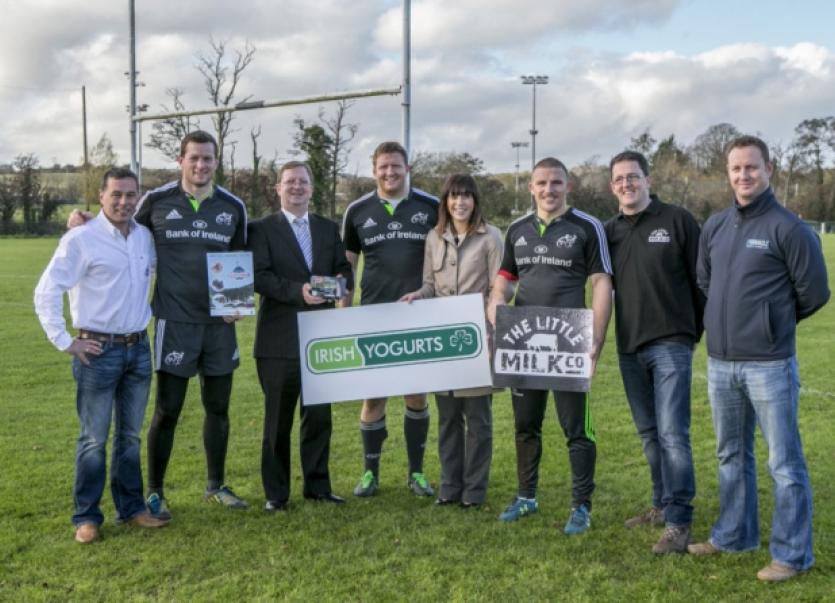 The company is one of five shortlisted in the Bank of Ireland Sponsor for a Day competition.

The winning company will see their company logo and name emblazoned on the chests of Paul O’Connell and his Munster team mates during a high profile European Rugby Champions Cup match.

The competition, factoring in a watching television audience, is valued at €50,000 for the winner.

“We received very strong entries again this year for our Munster ‘Sponsor for a Day’ competition and the five shortlisted companies are examples of the hard working and innovative businesses operating throughout Ireland,” said Mark Cunningham of Bank of Ireland.

The winning entry will sponsor Munster during the game with Sale Sharks at Thomond Park in January.

“Sponsor for a Day is about giving businesses an opportunity they would never normally be able to organise themselves - to have their company name on the players’ jersey and on pitch signage for a match that is broadcast live to an international audience,” said Mr Cunningham, director of business banking with Bank of Ireland.

A panel of judges selected the shortlisted entries and a public vote will decide the winner in December.

See www.independent.ie/sponsorforaday for details on how to vote in the competition.