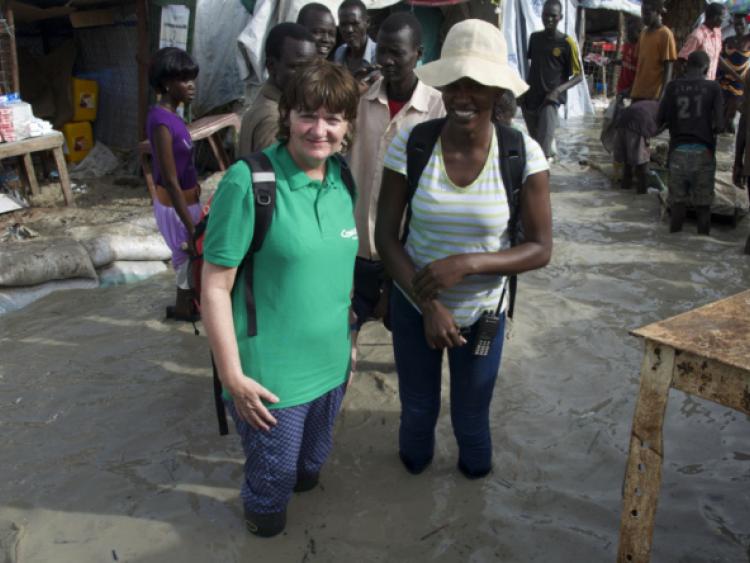 Ballingarry woman Frances O’Keeffe has been shortlisted for the Charity Hero Award for her work with Concern in some of the world’s most deprived areas.

Ballingarry woman Frances O’Keeffe has been shortlisted for the Charity Hero Award for her work with Concern in some of the world’s most deprived areas.

A public health nurse and former chariperson of Concern, Frances is currently working in South Sudan with a community feeding programme in Bentiu in the Unity State.

Frances retired as chairperson of Concern in June having spent four years in the post. But the Limerick woman has been associated with Concern since 1988, when she went to work with the aid agency in Bangladesh.

The Limerick woman has worked in and visited many of Concern’s programmes in her 26-year association with the aid agency and spent six months previously in South Sudan in 1998.

“I’m in South Sudan because in my opinion these are people who are most in need right now.

“It was the only place I worked in where people had literally no clothes. South Sudan is a very rural country and because of the ongoing conflict people have simply never got a chance to make a better life. And yet the people are really lovely, despite their difficult lives,” Frances said. Concern is at present looking for experienced people to work in South Sudan where there are currently 40,000 internally displaced people living in very poor conditions. It’s one of the toughest places where Concern is working right now,” Frances explained.

The winner of the Charity Hero Award will be announced on December 11. To vote for Frances, log on to www.bettertogether.ie/heroes.