Boston’s ‘Irish’ mayor to touch down in Shannon 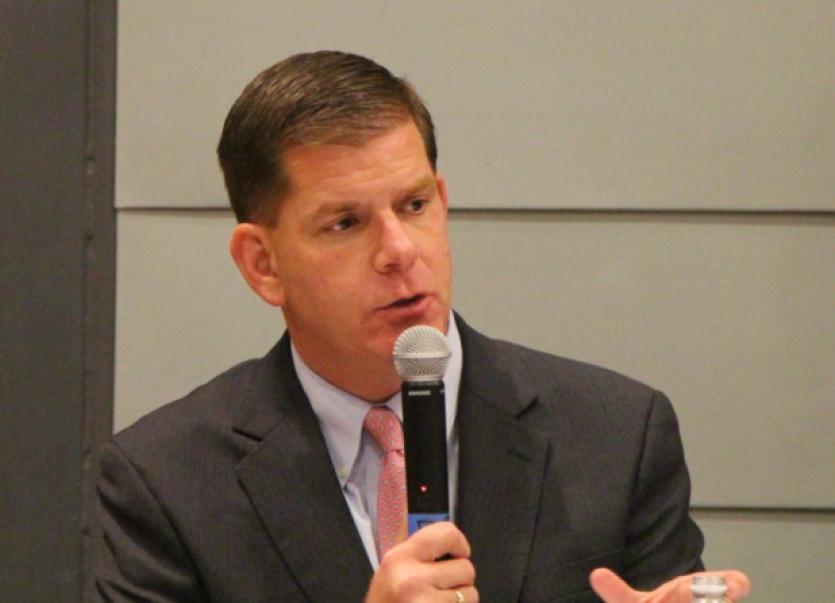 SHANNON Airport will this Friday host the Mayor of Boston Marty Walsh during the first stop on his homecoming tour of the old country.

SHANNON Airport will this Friday host the Mayor of Boston Marty Walsh during the first stop on his homecoming tour of the old country.

Aer Lingus serves Boston from Shannon year-round and Mayor Walsh will touch down early on Friday before meeting the press and holding a business breakfast hosted by the Shannon Group Plc.

When Mayor Walsh, a Democrat and former state senator for Massachusetts, was elected last year, he became the first Irish-American politician to hold the office in 20 years.

His visit follows a commitment Mayor Walsh gave in February to a Shannon Group delegation – the first international delegation he received as mayor – led by chairman Rose Hynes that he would visit Ireland this year.

And while the visit won’t generate as much fuss as President Obama’s, Mayor Walsh can at least boast impeccable Irish-American credentials, his parents John Walsh and Mary O’Malley having emigrated from Carna and Ros Muc, County Galway in the 1950s.

“Mayor Walsh spent much time in his younger years holidaying in Connemara and will travel to County Galway following events at Shannon Airport on Friday morning,” said a spokesperson for the airport.

Following an early morning press conference, the business breakfast with Mayor Walsh will be attended by representatives of leading US multinationals in the region, including from the Boston area, as well as other regional stakeholders.