Limerick hotels up for grabs in €50m sale spree 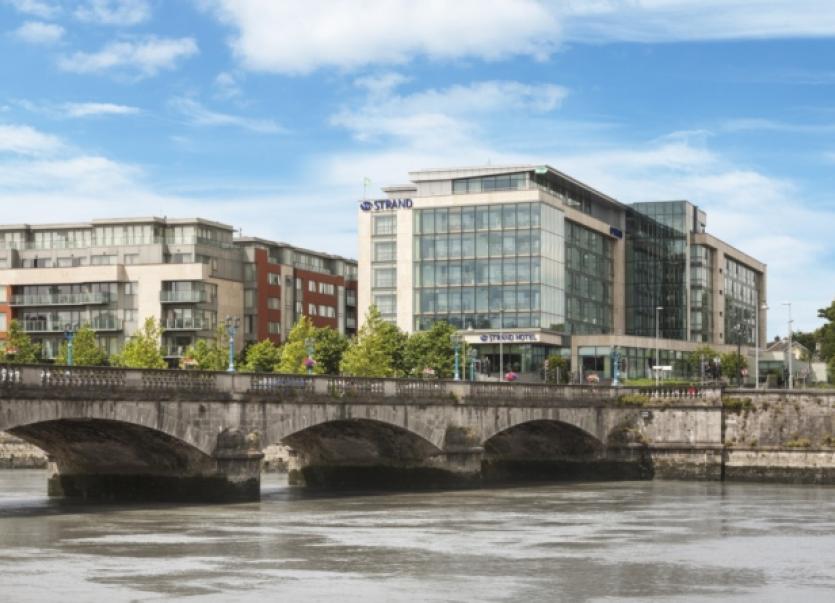 WITH four hotels sold in Limerick, and another four due to be sold, hoteliers have praised an unprecedented level of confidence and interest in buying hotels in Limerick.

WITH four hotels sold in Limerick, and another four due to be sold, hoteliers have praised an unprecedented level of confidence and interest in buying hotels in Limerick.

With the announcement that the Strand hotel has been put up for sale, Ronan Branigan, manager of the Savoy, which is also up for sale, said: “There is serious international and national interest in hotels in Limerick at the moment, which is a great endorsement of our businesses and a great stamp of approval for Limerick.”

Mr Branigan is one of a number of bidders for the five-star Savoy hotel and the entire development, which includes retil units and apartments. It is understood there are at least three overseas bidders for the hotel also.

“We put in a very good bid, and we’re very confident and happy with it. But there are no indications for an exact time or date for the sale yet. Our ultimate aim is to keep it in local ownership, keep the profits here and the staff we have,” he told the Limerick Leader.

In recent times, deals have been secured for the former Jury’s hotel, Patrick Punch’s hotel, the Radisson and the Castletroy Park hotel.

Now, four other hotels are up for sale for widely varying guide sums, amid huge interest: Adare Manor for €25m, the Savoy hotel on Henry Street for €3.75m, the George boutique hotel on O’Connell Street for €3m, and as of this week, the Strand for €17m.

Some 180 staff at Limerick’s four-star Strand hotel have been assured their jobs are secure - after the hotel was put up for sale for 70% less than its €55m cost to build seven years ago.

Agent Tom Barrett of Savills said within hours of the sale being announced they were receiving calls about the prime Limerick property in their Dublin offices.

“There’s a lot of hotels going [on the market] in the past few years, and in the vast majority of cases there’s a lot of investment afterwards, which lifts hotels to new standards. The Strand hotel is already trading at extremely high levels and is a very strong business. I would not think the staff need to be worried in that hotel at all. It is one of the best hotels outside of Dublin, or in the country full stop, and it should remain that way,” said Mr Barrett.

The 184 bedroom hotel forms part of a larger development – including upwards of 200 apartments – carried out by John Lally’s Lalco Holdings.

Meanwhile, Anita Higgins, general manager at Adare Manor, said there has been “massive interest” in acquiring the famous golf resort which went up for sale earlier this month for €25m. Similarly, John Hughes of CBRE in Dublin, who is handling the sale, said the hotel is “generating a lot of interest nationally and internationally”, especially as its sale was highlighed by the international news agency Bloomberg.

The five-star resort was bought by Tom Kane - a former US fighter pilot - in 1987. Over the next decades, he invested millions in restoring the property and creating a world-class golf course, designed by Robert Trent Jones Senior.

The course subsequently played host to the Irish Open in 2007 and 2008, as well as the JP McManus Pro-Ams and a number of other high profile golf events. Well-known guests over the years have included former US President Bill Clinton, Woodie Allen, and Pierce Brosnan.