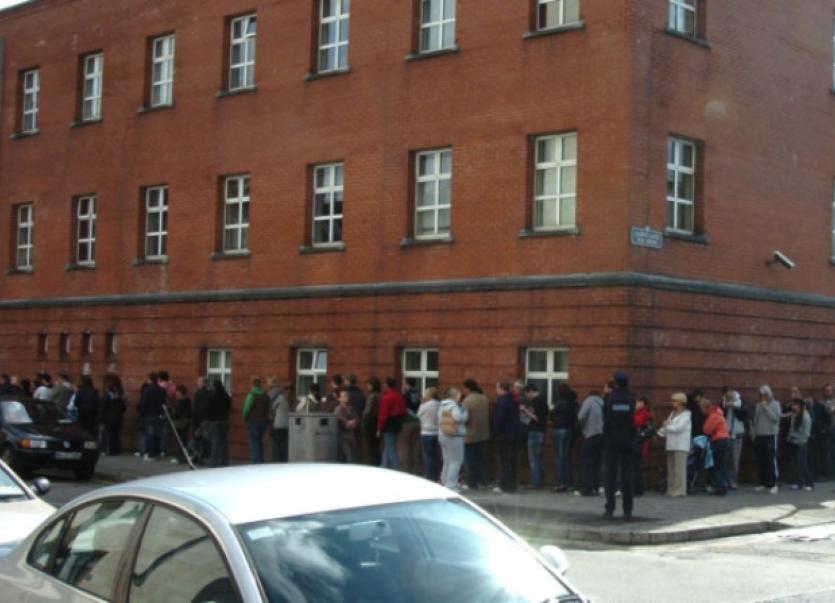 THE number of people out of work in Limerick rose sharply between May and June.

THE number of people out of work in Limerick rose sharply between May and June.

According to figures just released from the Central Statistics Office, there are now 12,427 people out of work in the city. This is a large rise of 421 people from 12,006 at the end of May.

And it means that every working day in Limerick, another 22 people lost their jobs.

Sinn Fein councillor Maurice Quinlivan says these figures make it clear not enough jobs are being created for the young.

“The number of people on the live register is still unacceptably high. There has been an increase of 421 in the city since May . This included an increase of nearly 100 young people in the City under the age of 25 signing on last month, rising from 1,933 in May to 2,030 in June,” he said.

He added the unemployment figures are creating a “social disaster”, with many youngsters facing a “bleak future.”

“It is clear we have a two tier economy emerging in Ireland. What anaemic growth we have is increasingly centred within the confines of the M50 while long term unemployment, youth unemployment and under employment are at staggering levels,” he said.