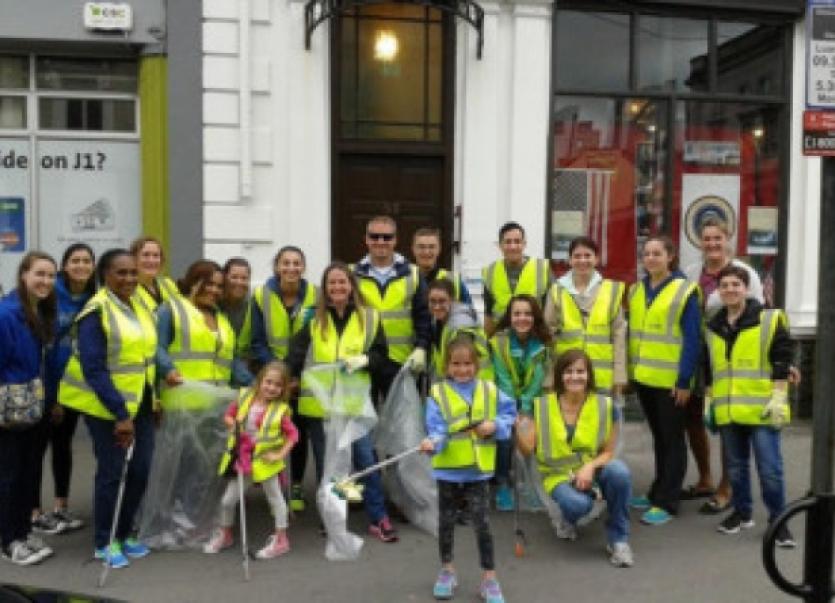 STUDENTS from the American city of New Jersey have been helping clean the streets of Limerick.

STUDENTS from the American city of New Jersey have been helping clean the streets of Limerick.

A group of youngsters from Seton Hall University, New Jersey, have been in the city for the last week, helping out in a variety of community projects and charities.

They have also met the Franciscan Friars of Moyross,and been at the Southill Area Centre.

And for the last five nights, they have been helping Limerick Tidy Towns keep the city streets tidy.

Helen O’Donnell, of Tidy Towns, said they were contacted by Mary Immaculate College, where the students are taking part in a ‘Summit Leadership Programme’ saying they wanted to help out.

“They arrived on Friday, and were enthusiastic about working. It has been amazing to have quirky, enthusiastic people working with us five nights. They show the rest of us up! Their enthusiasm is infectious,” she said.

One of the students, Irina Shakarashvili said they hope to keep in regular contact with people in Limerick once they go home, including having fundraisers in New Jersey for the Limerick charities.

“Everyone has been extremely nice to us. They are so grateful for the service we are giving, but we have also learnt a lot from them. This is what matters to us,” she said.