€1.7m funding to ‘change dynamic’ of transport in Limerick 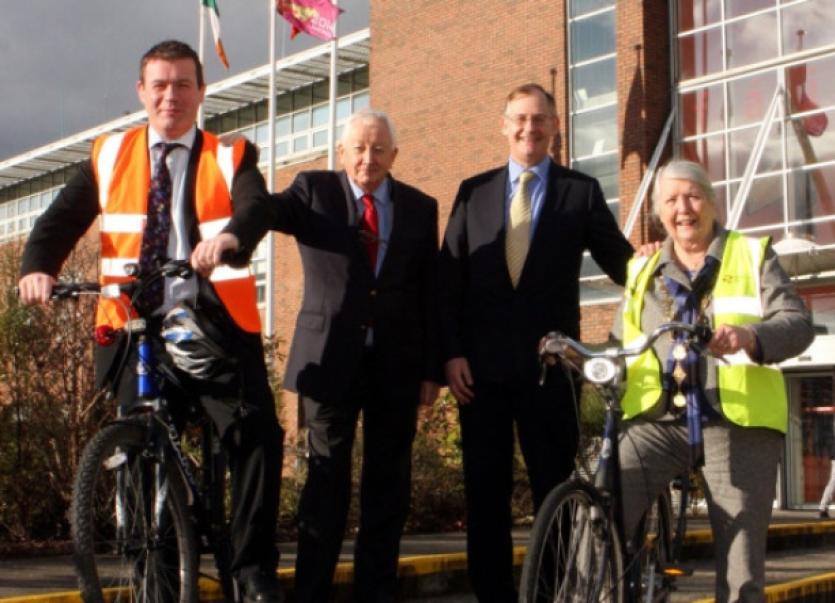 OVER €1.7 million of sustainable transport grants have been announced for Limerick that it is hoped will “change the dynamic of transportation” in the city.

OVER €1.7 million of sustainable transport grants have been announced for Limerick that it is hoped will “change the dynamic of transportation” in the city.

Minister of State for Public & Commuter Transport, Alan Kelly, made the funding announcement at LIT this Tuesday, which will be used to remove pinch-points, improve public transport, cycling and pedestrian links throughout the city.

Key parts of the plan will see €1m allocated for the completion of the bus lane on Ballinacurra Road, €200,000 on improving access to Colbert station, while €70,000 will also be spent on planning and design for improved cycling links between LIT and the city.

A cycle planner ‘app’ for the city will be commissioned as part of the funding, as well as removing ‘pinch points’ to improve cycling in the city.

The funding will be administered by the National Transport Authority and is part of the overall smarter travel project implemented by the department. The €1.7m for 2014 is “more than what was projected initially” as part of that €9m project, the minister explained.

“I am not happy with the volume of people who use bus transportation in Limerick, we need to increase that and a lot of the changes we are making are to try and help that,” said Mr Kelly.

“There is huge will towards a change in the dynamic of transportation in Limerick, in particular we need to get more people out of cars, cycling and walking and public transport have to be promoted more.

“All of this funding is designed to improve the public transport and cycling offering within Limerick city,” he added.

Limerick city and county manager Conn Murray said the funding was “extremely important” and would continue to add momentum toward the Limerick 2030 plan.

“I think it is particularly important that every access point in the city is re-examined and the minister is enabling now to add that, which was an important part of 2030,” he said.