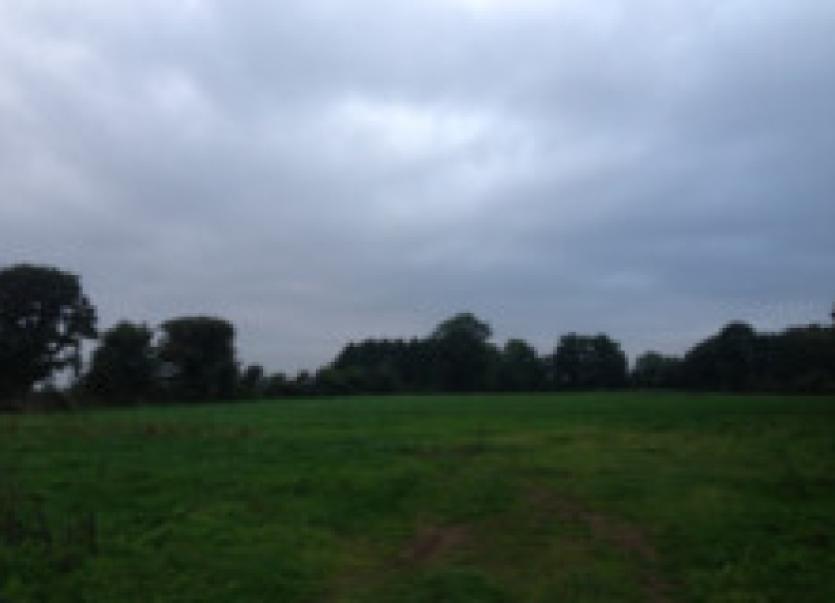 Murroe Community Council purchased the six acres in the village in recent weeks and plan to develop it for the growing local population.

GVM Auctioneers handled the sale on the instructions of receivers Deloitte. The land was owned by property developer Ger Clohessy.

It is understood the field was bought for between €1.7m and €1.8m subject to planning from a local farmer.

When the Limerick Leader contacted GVM auctioneer John O’Connell, he said there was a good level of interest in the land.

“On a personal note I’m delighted it has gone back to the community. It is an excellent location with great potential” said John, who is from Murroe.

The sale was completed around the turn of the year.

Chairman of Murroe Community Council, Fr Simon Sleeman, said the change in price was “extraordinary” but they still have to raise the €125,000 to pay for it.

“We are open to ideas. Contact the community council member in your region,” said Fr Simon.

While it is early days they plan to provide amenities for all ages but with particular emphasis on adolescents and the not so young.

An estimated 500 houses were built in Murroe during the property boom.

“There wasn’t a facility that came with them. That’s why we built the playground.

“We have a growing population of young people, the playground has served the younger children but what is going to happen to them when they grow up?” said Fr Simon.

The other sector of society they are eager to cater for is retired people and providing hobbies and interests for them.

A lot of ideas have been mooted for the six acres.

They include a walking track around the perimeter, allotments, drop in centre for adolescents, gym and changing rooms, skateboard park, camping grounds for scouts, to mention a few. Fr Simon said the “possibilities are endless” and they want to hear fundraising ideas as well as locals’ ideas for their new acquisition.

The land is excellently located adjacent to Peter Clohessy’s pub Crokers; the playground and GAA field.

The Munster and Irish rugby legend said it will be good for local businesses as it will bring more people into the village.

Last year, the Leader told the story of a farmer who sold 4.75 acres in 2005 for €3 million and bought it back for €215,000. The piece of land at Ballycummin, Raheen was sold privately in 2005. A flagship car dealership was planned for the site.

The seller and man who purchased it back again, Vincent Campbell, said last June: “It just shows how the whole world has gone and unfortunately we all know what has happened in the eight years.

“I’m just glad it didn’t end up a horrendous eyesore like some of the ghost estates.”