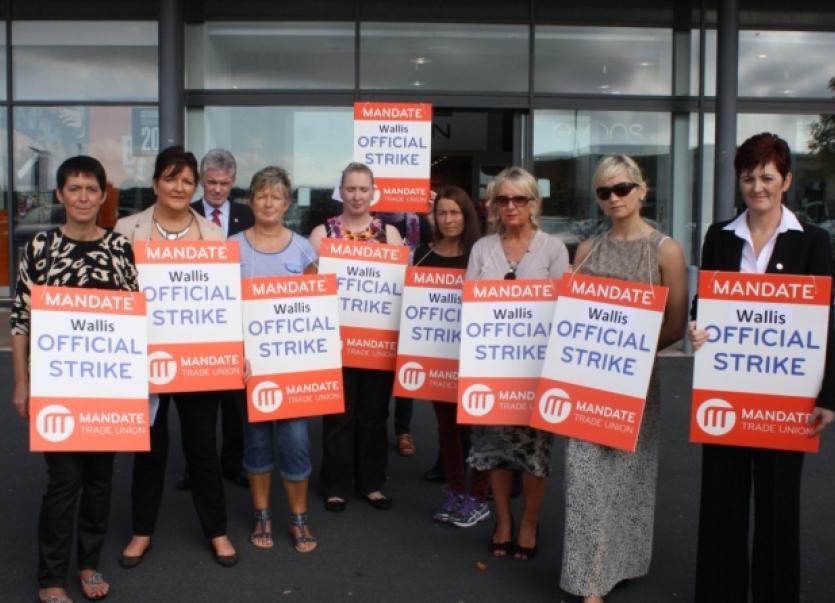 AFTER a week out on strike, staff at women’s clothes retailer Wallis are to sit down with the firm for talks.

AFTER a week out on strike, staff at women’s clothes retailer Wallis are to sit down with the firm for talks.

Staff at the Arcadia-owned retailer downed tools last week over plans to offer a lower-than-agreed redundancy settlement to workers in Wallis.

The clothes chain - owned by retail mogul Sir Philip Green - has closed its loss-making store in Cruises Street, and it is seeking further redundancies from its remaining Limerick store on the Childers Road.

But workers are furious, claiming Wallis has reneged on an agreement to pay them a redundancy package of five weeks per year of service.

Instead, they say the firm is offering staff - some with almost 30 years of experience - just half of this.

Now, it is hoped that a settlement can be reached this week when talks commence between trade union Mandate and management in Dublin.

Local Mandate representative Karen Wall says she is hopeful of a resolution.

“Obviously it is always a last resort to go into dispute, because of the financial difficulties it will present to our members. But we will just have to wait and see what happens,” she said.

Meanwhile, in an interview with local trade union magazine The Bottom Dog, Lillian Carroll, who has been a store manager with Wallis for 20 years, says the company is trying to impose ‘four-hour contracts’ on the staff who will remain at the retailer.

This means staff could potentially work just four hours a week - at a time which suits the firm.

“Can you imagine working for four hours? You will only earn about €46 a week. If you are running a car, it costs you about €30 in and out from where you are living,” she said.

She called on management at the firm to “examine your conscience, and treat people with respect. We have been nothing but loyal workers to you for 28 years, and all we want is for you to come to the table and not renege on what you have offered us before.”